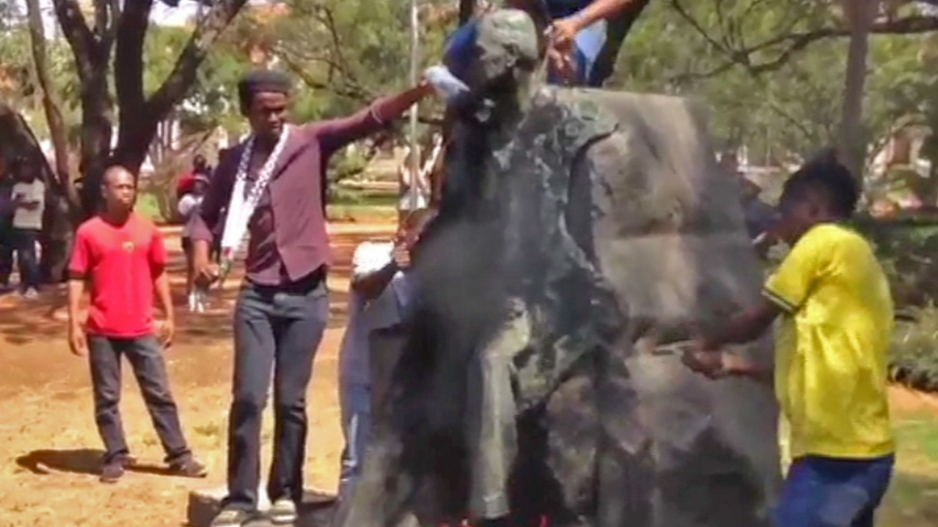 AfriForum Youth demands immediate action against the protesters who are trying to destroy culture and heritage treasures on the campus of the University of the Free State.

JOHANNESBURG - Students at the University of the Free State burned the statue of late politician Charles Robberts Swart on Tuesday.

Swart served as the last Governor-General of the Union of South Africa from 1960 to 1961.

He was the Republic of South Africa&39;s first president after independence from Britain in 1961 and governed until 1967.

His government used police force to persecute and supress dissident voices of black South Africans who were opposed to the new republican, Afrikaner-dominated government.

On Tuesday, Afriforum demanded that immediate action be taken against the protesters for destroying the "cultural heritage of the university".

This follows after several protesting students were attacked by their white counterparts and their parents on Monday evening.

The protesters marched through the Danie Cruywen stadium, where a varsity cup match was under way, during half time.

Lectures have since been suspended.