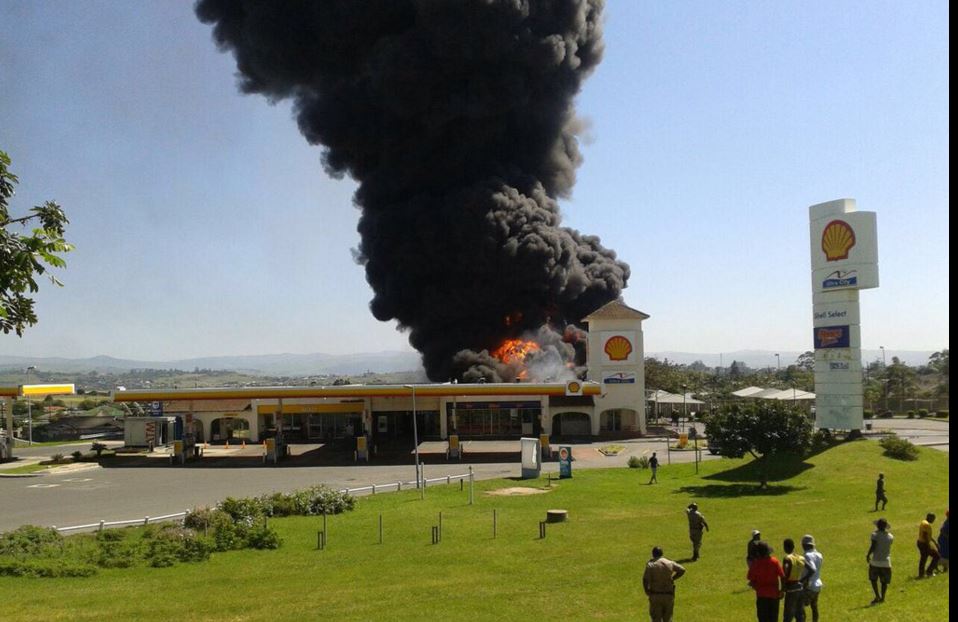 MVOTI, KZN -- Authorities are on the scene of a blaze near the Mvoti Toll Plaza, following an explosion on Sunday morning.

The fire started when a fuel tanker exploded at a Shell filling station located on the N2 highway between Ballito and Stanger.

Netcare911&39;s Chris Botha told eNCA that no injuries had yet been reported.

Firemen arrived on the scene and were helping to control the blaze.

Authorities have urged crowds of spectators to keep their distance amid risks of further explosions.

There are fears the fire may spread and traffic on the N2 has been halted.

A number of trucks were burnt down in the blaze.

Authorities will investigate the exact cause of the fire once it has been brought under control.

A fuel tanker has exploded at the Mvoti Toll Plaza in KwaZulu-Natal. (Picture: Supplied/IPSS Rescue)