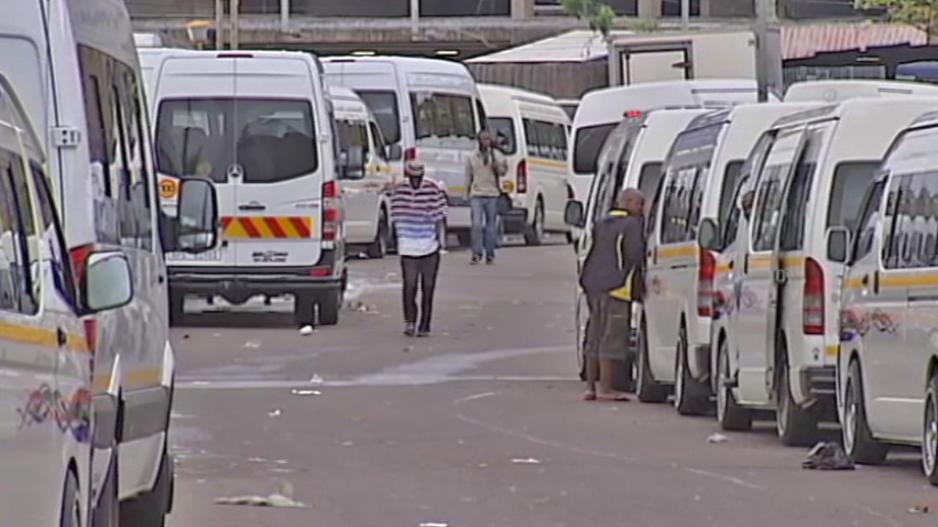 A dispute over long distance routes could have been behind a Wednesdays deadly shootout at a Durban taxi rank. Three people were killed and three others injured when gunmen opened fire in Brook Street in the city.

JOHANNESBURG - A video of a taxi driver manhandling a female passenger has gone viral.

According to Facebook page &39;Taxi Drivers and Other Sad Stories&39;, the driver tried to pull the woman out of the taxi because her cellphone rang.

In the video, the driver can be seen trying to force the woman out of the vehicle.

The driver and woman&39;s identities are not revealed, but the page says the taxi was on its way to Sunninghill.

A commentator by the name of Claudia Pienaar on Friday morning said the incident happened a year and a half ago.

She wrote: "This taxi was from town to Sunninghill and the same guy who took a video eventually got involved to help the lady. He was taking a video as evidence, they later opened a case and God knows what happened after. The lady is over this incident, it&39;s been a year and a half since it happened and she&39;s doing well. Moral of the story: No one has right to assault anyone!"

See footage of the incident below.

WHAT IS THIS DRIVERS FULL NAME AND ID NUMBER - INBOX US We are told that the taxi registration was TGY 842 GP - can anyone confirm? THIS LOOKS LIKE TYPICAL Alexandra Taxi Association behavior This Sunninghill taxi driver apparently assaulted this young lady because her phone rang in his taxi THIS POST IS NOT A PLAYGROUND FOR THE TAXI INDUSTRY MOLES AND THEIR ATTORNEYS - IF YOU WANT TO SAY SOMETHING RELEASE AN OFFICIAL STATEMENT - DONT RELEASE YOUR MOLES HERE TO TRY DISCREDIT THE VICTIM OR YOU WILL BE CLASSIFIED AS AN ACCESSORY TO THE CRIME This is what happened The woman&39;s phone rang The driver stopped the taxi and went around to tell the woman to get out We will call the taxi driver Fat Woman Abusing Pig or FWAP for short FWAP says.. "get out you bitch...I will beat you up badly"Girl responds "I&39;m alright with being a bitch because one gave birth to you.The girl fights back and demands that FWAP not touch her. She says "I&39;m not your child" FWAP swears and insults her She retorts with an insult at him South African law does not draw the distinction between assault and battery. Assault is a common law crime defined as "unlawfully and intentionally applying force to the person of another, or inspiring a belief in that other that force is immediately to be applied to him." The law also recognises the crime of assault with intent to cause grievous bodily harm, where grievous bodily harm is defined as "harm which in itself is such as seriously to interfere with health."The common law crime of indecent assault was repealed by the Criminal Law (Sexual Offences and Related Matters) Amendment Act, 2007, and replaced by a statutory crime of sexual assault.Feel free to share with news channels Facebook groups and pages News24.comeNEWS ChannelEnca NewsCarte BlancheIOLJacaranda FMHot 91.9 FMSABC NewsMix 93.8 FMSowetanThe Citizen News

Posted by Taxi Drivers & Other Sad Stories on Tuesday, November 24, 2015