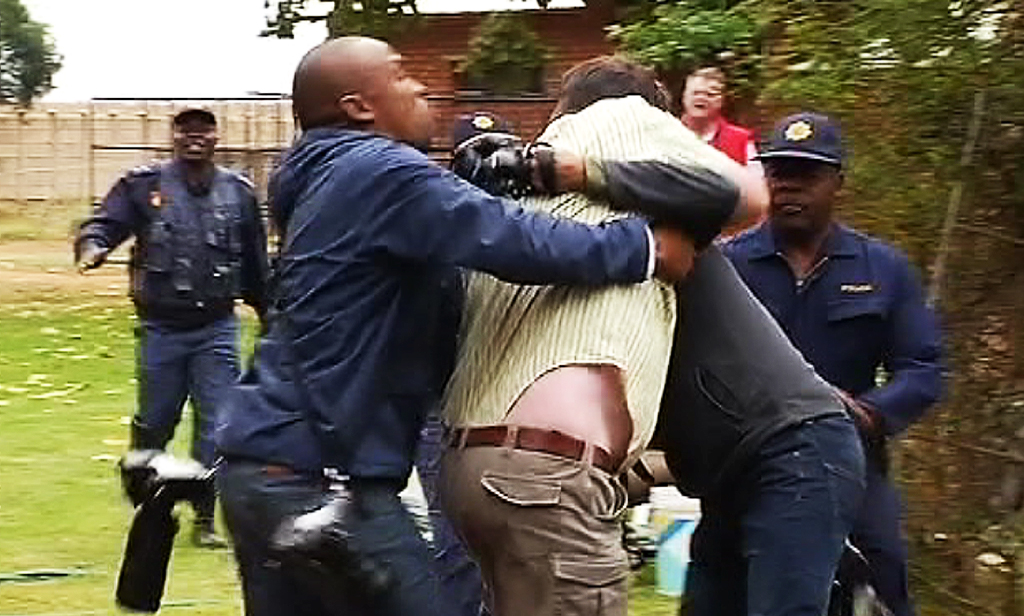 Tensions mount in Coligny after a house was set alight.

COLIGNY - Tensions are running high in Coligny in the North West.

A photojournalist has been attacked while trying to take pictures of a farmer's house, which had been torched.

Magistrate Makgaola Foso said there was no evidence that Doorewaard, 26, and Schutte, 34, would not stand trial. He pointed out that the two had no previous convictions and no pending cases.

#Coligny Photographers and journalists punched and pushed around.
Some equipment damaged.
MV pic.twitter.com/x6cpf4QVQU

Doorewaard and Schutte are accused of killing Matlhomola Jonas Mosweu, 16, of Scotland informal settlement in Coligny on April 20.

The two alleged they caught Mosweu stealing sunflowers at their employer’s field near the informal settlement. They say they put him on the back of a van and intended to hand him over to police, but he jumped out of the van 3km away from the town and suffered neck injuries.

However, an eyewitness told the police Matlhomola was thrown out of the moving van. He died later on his way to hospital.

The sixteen-year-old was buried on Sunday.

The crowd that had been protesting in front of the court burst into war songs marching down Voortrekker Street, saying they were going to set alight a sunflower crop field near Tlhabologang.

A house was torched following the bail hearing. It's not clear if the man who attacked photojournalist, Mujahid Safodien, was the owner of the house, or not.

A police helicopter monitored the situation from the sky while a large police contingent maintained order in the central business district.

The accused are expected back in court on June 26. -- Additional reporting: eNCA

Other News on Coligny Murder