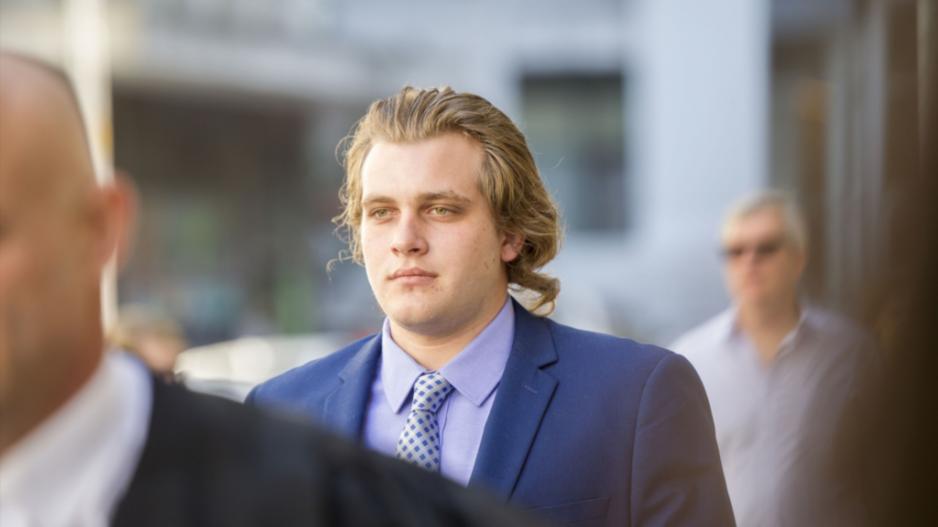 File: Murder accused Henri van Breda during his appearance at the Cape High Court on February 03, 2017 in Cape Town.

CAPE TOWN - Axe murder accused Henri van Breda has pleaded not guilty to killing his parents and brother, and attempting to murder his sister.

VanBreda court exhibits include photographs of sole survivor Marli injuries and her being wheeled into theatre. @eNCA

On Monday his lawyer recounted to the Western Cape High Court what happened the night his parents and brother were killed two years ago.

His lawyer is telling the court how an &39;attacker in a balaclava&39; cleaved away at his family members with an axe, while laughing.

He says he fought off the attacker.

VanBreda: a darkly dressed intruder, wielding an axe and laughing killed his parents and brother and tried to kill his sister Marli. @eNCA

Van Breda says he passed out and when he woke up, he saw his sister moving.

And his brother was making gurgling sounds.

He says he panicked and had a cigarette to calm down.

Van Breda was arrested 17 months after his parents and brother were killed in their luxury De Zalze golf estate home in Stellenbosch in 2015.

He&39;s also facing charges for obstructing the course of justice.