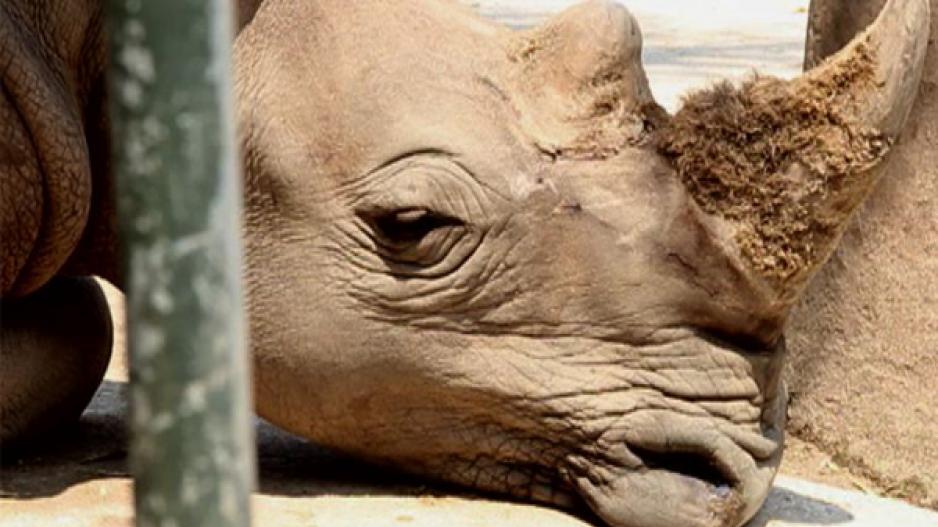 Some conservationists are worried Asian nations may be breeding the animals to farm their horns, but others say it is not such a bad idea, as it would save rhino from extinction.

Vietnam’s last native rhino was killed in 2010, and since then the nation has been importing them from South African game reserves – allegedly for educational purposes.

“There are 26 rhino in Vietnam. They are all legally imported from South Africa,” said Nguyen Quan of the Vietnam Wildlife Crime Unit.

They are not the only South African game in Vietnam.

Bai Son Park better resembles a prison than a zoo. All of the giraffe, zebra, hyenas, lions and giraffe are from South Africa. The fear amongst some conservationists is that they are being bred for a time when the sales of wildlife parts is legalised.

“We are concerned. There are too many rhino here for a zoo and we now suspect they are breeding for farming,” said Douglas Hendrie of Education for Nature Vietnam

But many conservationists believe farming rhino for their horns, like cows, could save the species. Made of keratin, the horns grow back every four years.

“Theoretically if there was a very strict control on sale of rhino horn, it’s something to look at,” suggested Andrew Paterson of Rhinose Foundation.

But the risks are great.

What if Vietnam’s 90 million people develop an appetite for rhino horn? And could supply meet the potential demand of 1.3 billion people in neighbouring China?

It would be also be difficult for authorities to tell the difference between legal and illegal horns.

The sale of rhino horn has been banned internationally for 30 years.

South Africa is home to 90% of the world’s rhino.

If government decides the trade could save the species from extinction, it could convince Cites to legalise sales.