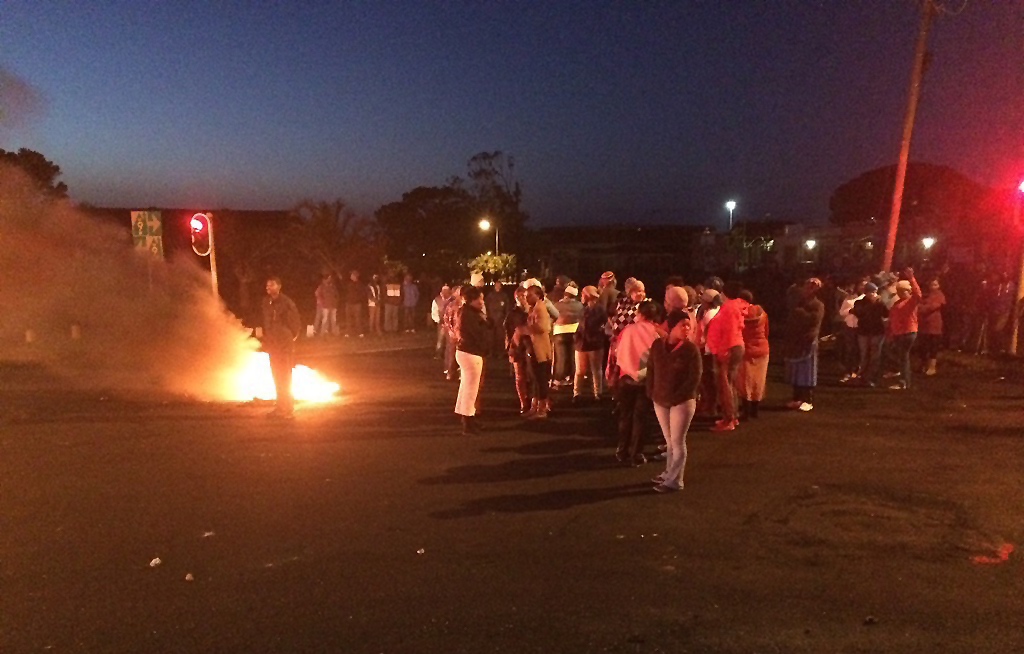 12 August 2015 - Angry community members of Walmer Township in Port Elizabeth burn tyres in the streets in protest over housing issues in the area. The violence has flared up once again on Thursday morning.

A number of cars have been burned and others have been stoned, as violent protest action resumed in Port Elizabeth on Thursday morning.

Angry community members have been protesting in the township over housing issues.

At least one person, a woman, was injured when she drove her car into a tree in shock after being caught up in the middle of the violence.

She was transported to hospital.

In a statement released earlier today, police warned protestors not to endanger people&39;s lives and to stop throwing stones at police vehicles and other road users.

They reminded community members that the democratic right to protest must be contained within the boundaries of the law and with respect for the rights of non-participating public members.

Those who disobeyed the law would be arrested, charged and brought before a court.

The Public Order Police, Tactical Response teams and local police members were deployed from 05:45am on Thursday to monitor disruptive actions and protests in Walmer&39;s township area and arrested a 36-year-old man for public violence.

The suspect will appear in the Port Elizabeth Magistrate’s Court on Thursday.

A group of almost 500 protesters later gathered at Walmer SAPS to demand the release of the suspect, disrupting traffic flow on the road in front of Walmer SAPS and causing it to be closed.

SAPS members addressed the crowd on this issue, while a representative from the Nelson Mandela Metro Municipality (NMMM) was expected to arrive later to address the community on their broader demands.

Protesters allege that their actions are due to unresolved matters between the community and the NMMM on service delivery.

AlgoaFM news reports that the protest action started on Wednesday, with crowds burning tyres in the roads.

Police had to use water cannons to quell the action, but the situation was eventually brought under control.

However the violence moved to surrounding areas of Port Elizabeth, and then flared up in Walmer once again overnight.

ecprotest 1. Protest action currently on the go on Queenstown/Aliwal North road – 10 km outside Queenstown – motorists can’t get through.

Water cannons have reportedly been filled again today and redeployed as a precautionary measure in case the situation worsens.

People have been advised to stay well clear of the area.