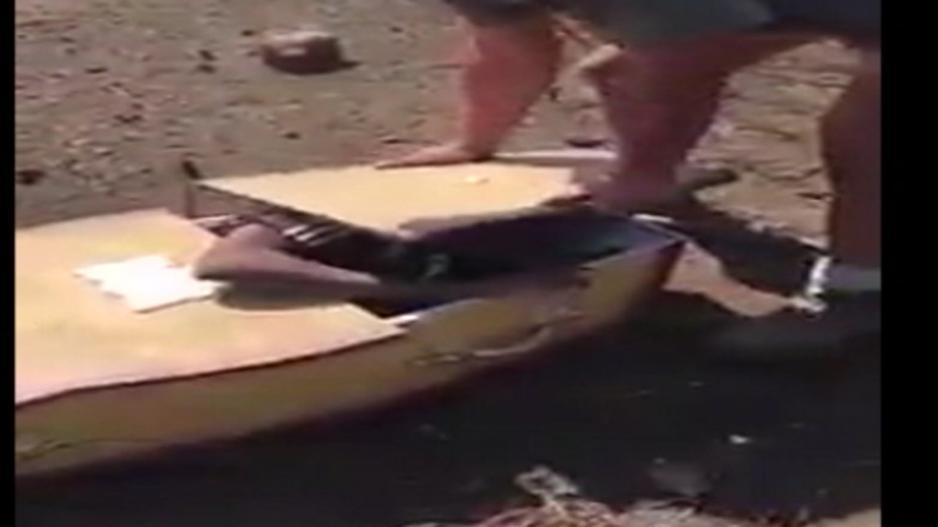 Victor Rethabile Mlotshwa says he was accused of land invasion, and as a result was assaulted and shoved into a coffin.

JOHANNESBURG - The two white men who were filmed forcing a black man into a coffin are on Wednesday expected to appear in the Middelburg magistrate's court.

The video of the incident -- which has since been removed from YouTube -- went viral on social media.

In it, the men can be heard forcing another man into the coffin and threatening to douse him with petrol.

When the man resisted, his captors then threatened to put a snake in the coffin.

The two face charges of assault with the intent to cause grievous bodily harm.

The incident was filmed next to the Komati Power Station, near Middelburg in Mpumalanga.

Victor Rethabile Mlotshwa says he was accused of land invasion, and as a result was assaulted and shoved into a coffin.

The EFF says they will be in court as they believe this case proves what some white people still think about black people in this country.