Virgin Active member's t-shirt gets him booted from gym 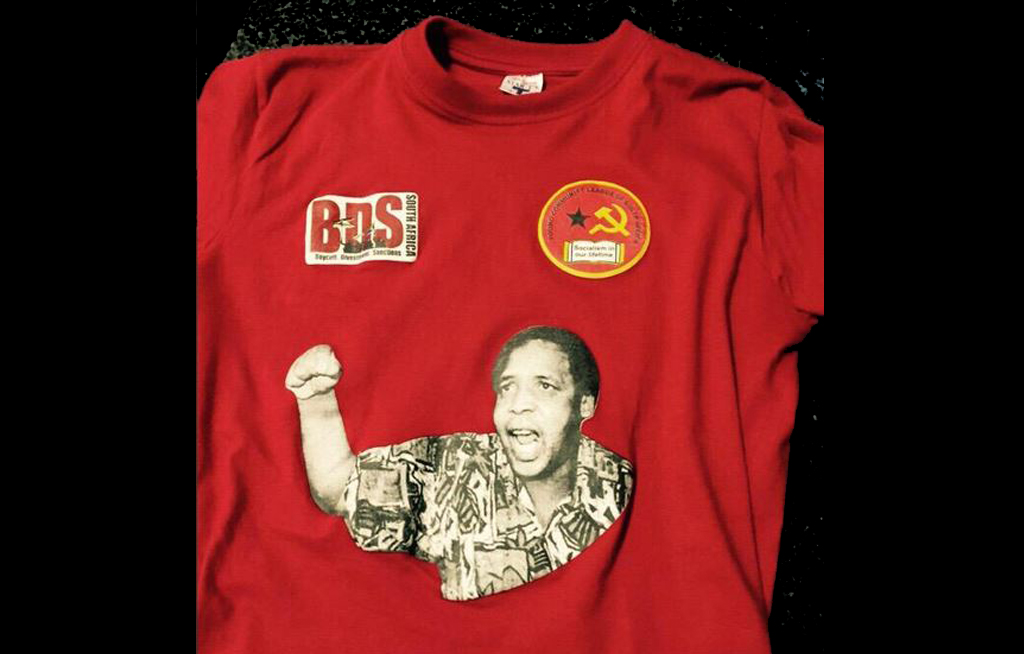 The T-Shirt a member of Virgin Active's Old Eds gym in Houghton was wearing when he was asked to leave. Muhammed Desai was allegedly told he was not allowed to wear the YCL BDS t-shirt as it's pro-Palestinian.

JOHANNESBURG - A furore has erupted at Virgin Active&39;s Old Edwardians gym in Houghton.

Muhammed Desai, a gym member, was asked to leave the gym after arriving for a session in a t-shirt presenting a political message.

The @YCLSA Chris Hani tshirt I was wearing & led to police being called by @VirginActiveSA to remove me from the gym pic.twitter.com/wsI5MMOUeu

Desai said, "I was told that I am not allowed to wear my YCL BDS t-shirt because it&39;s pro-Palestinian, and so they&39;ve called police to arrest me.

"My point is quite clear. I&39;m a paid-up member of this club and I have the right to be here."

Desai said the manager of the club had refused to put his objections on paper.

Before being escorted from the gym, Desai said, "Those that are offended at human rights... those are the ones that are a problem."

The front of Desai&39;s Young Communist League (YCL) t-shirt displays an image of Chris Hani, a YCL logo and a Boycott, Divestment and Sanctions (BDS) logo.

BDS is an international coalition of Palestinian organisations, trade unions, and aligned networks calling for a boycott of all ties with the Israeli state, and for sanctions to be imposed on trade with Israel.

BDS has recently been active in South Africa in calling for a boycott of Woolworth stores until they remove Israeli products from their shelves.

More explicitly, the back of Desai&39;s t-shirt presented the following message: "From the coast of Cape Town to the coast of Gaza in solidarity with Palestinians against Israeli apartheid."

Desai, according to his Facebook page, is a National Committee member of the Young Communist League of South Africa and branch chairperson of the ANC Youth League.

The Old Edwardian gym has a very large number of Jewish members.

The Twittersphere has rapidly reacted to the controversy. Virgin Active has also responded.

@Abramjee @virginactiveSA Freedom of speech? That&39;s one of the most NB lines in our Constitution... We must uphold that Virgin Active...

Comrades from now on let&39;s go to Virgin Active gyms with our ANC t-shirts on in solidarity with comrade @MuhammedDesai @BDSsouthafrica

Profile of the thug who railed against legitimate free expression- @HowardHershPage -and whose side @virginactiveSA took. @BDSsouthafrica

I was at Virgin Active this morning & there was a guy wearing a Man U t-shirt. I seriously suggest they remove him for his own safety

We hear you. We’re aware of the serious situation at Old Eds, are investigating and will you keep you updated.