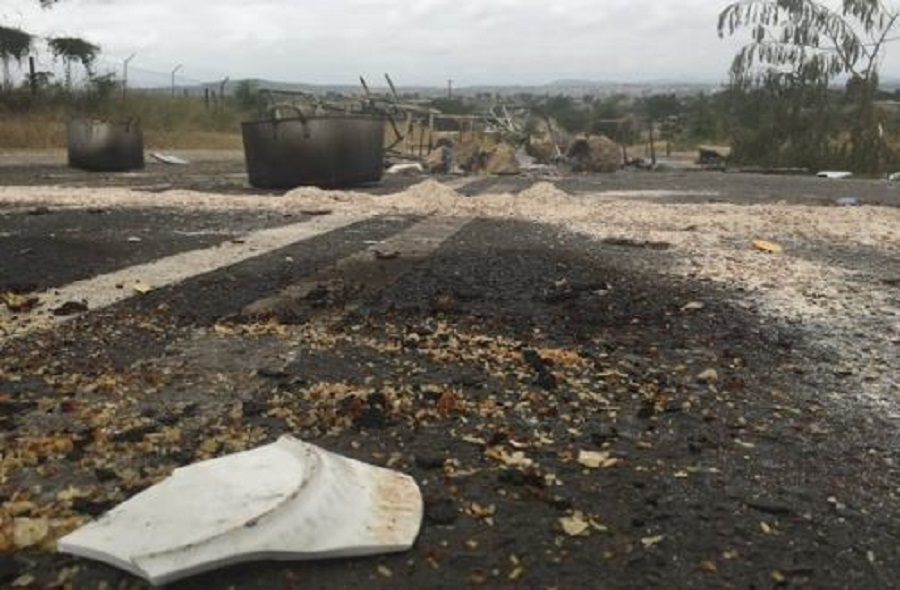 Police officers told eNCA that protests in Vuwani usually flare up in the evening. The Central Business District has come to a complete standstill and all businesses there have shutdown on Thursday 5 April 2016.

JOHANNESBURG - Relative calm has been restored in Vuwani Limpopo on Thursday morning.

Police officers told eNCA that the protests usually flare up in the evening.

The Central Business District has come to a complete standstill and all businesses there have shutdown.

A task team comprising of five MEC’s including transport, education and corporative governance were scheduled to meet with the aggrieved residents in Thohoyandou on Thursday in an effort to end the protests and find a solution.

Residents from Vuwani and two nearby communities have so far razed 17 schools and torched a satellite police station and post office.

They are unhappy about a decision Demarcation Board to remove them from the Makhodo Municipality and place them under the new Malamulelele Municipality.

Some learners say they were told that the protests would continue until Election Day on 3 August 2016.

While one resident told eNCA that they will continue demonstrating until the government demarcation board rescinds its decision.

They say the Malamulele Municipality has not yet been established and they are concerned about the time it will take government to set up an entire municipality.

Grade nine learners say they are concerned about the impact this will have on their June results which is what they use to for bursary and university applications.

The Minister of Education Angie Motshekga is reportedly in talks with the provincial government to set up contingency plans.

Officials had difficulty to assess the full extent of the damage as some communities had set up barricades to block them out.