Waste pickers say energy projects will take away their jobs 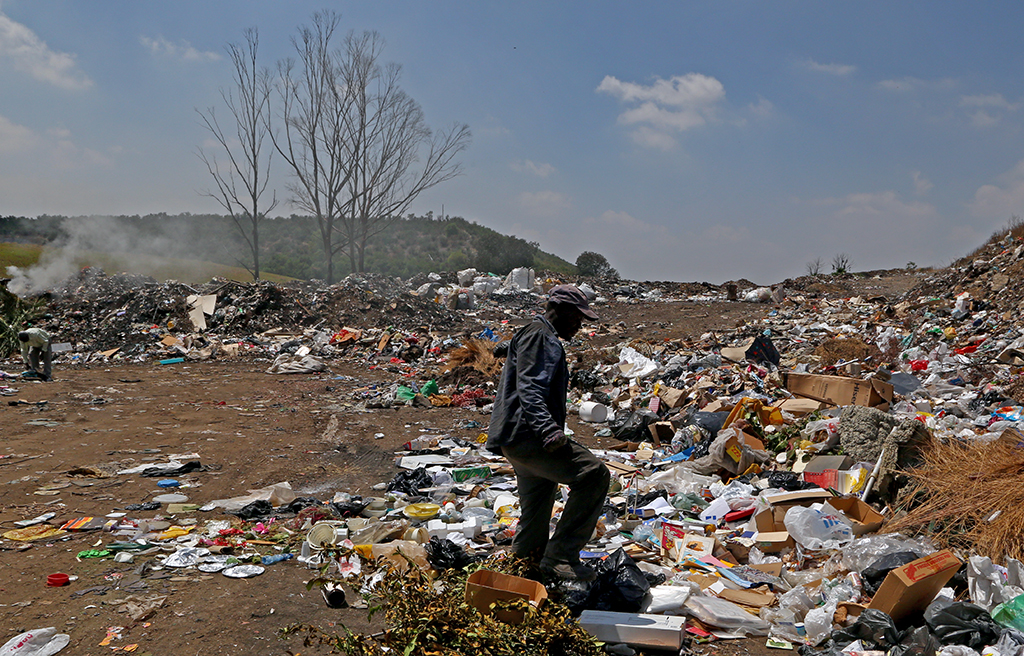 There are more than 150 waste pickers who sort through rubbish at this Sasolburg landfill, October 2013.

SASOLBURG - A large truck grumbles and moans into a landfill in Sasolburg, where a mountain of waste casts a shadow over mostly men and a few women dotted around sorting through the smelly heap.

&39;&39;Just because our money has been contaminated with soil and organic waste, it’s not seen as money,&39;&39; said Mbata, spokesman for the South African Waste Pickers Association.

As part of the informal economy, this group has been making calls to not be left out of municipalities’ integrated waste management plans. Mbata, a father of two, says when they are not included their livelihoods are at risk.

Mbata explained that when municipalities give contracts and award tenders to waste management companies to process rubbish, pickers often lose out.

The association is planning their first civil action for Friday November 8, calling for a nationwide ban of waste incineration projects.

This particular march is in response to waste management company Enviroserv’s plans to erect a waste-to-energy incinerator in Chloorkop, Kempton Park.

The Chloorkop landfill currently has two years left in its lifespan until it has reached capacity and will be forced to close.

When this happens the current waste pickers, who are not employed by Enviroserv but operate on the site with a jointly agreed code of conduct, will have no more waste to process.

Enviroserv want to have the municipal waste-to-energy facility permitted and built so that there is a continuation of service for the area.

In an official statement Enviroserv says they have realised the impact on the pickers and met with leadership of the Waste Pickers Association as part of their public participation service.

Dave Morrey, general manager of business development and waste beneficiation, told eNCA.com that Enviroserv is looking at how the pickers can be accommodated to potentially remove targeted recyclables ahead of the plant but this process is more complicated than simply allowing the pickers to sort through waste wherever they want.

&39;&39;This in itself requires design and an upgrading of skills to work effectively in this new environment. In principle we support this approach and the pickers at Chloorkop Landfill have stated their interest as well,&39;&39; Morrey said.

He further added that Enviroserv has a joint task team with Ekurhuleni Municipality, the Industrial Development Corporation and others so that &39;&39;as many of the impacts and opportunities associated with this project are realised and planned for.&39;&39;

Enviroserv’s environmental impact assessment is currently with the Department of Environmental Affairs and the land where the proposed incinerator will go still has to be purchased by Enviroserv.

Having visited more than 85 landfills in South Africa, Mbata says there are about 60,000 waste pickers in the country and this number is increasing daily because people are losing their jobs on a daily basis.

Mbata himself started waste picking after he lost his job in 1998.

He was working in the industrial chemical industry and found it challenging after his supervisors asked him to do dodgy disposals.

&39;&39;You do the wrong things but inside you know – I’m hurting my community back so I started having arguments and when retrenchments came I was out.&39;&39;

In between contract jobs, Mbata says he still had to sustain himself and that’s how he began picking. Soon he started earning more than R8,000 a month and was able to buy himself a car.

&39;&39;Waste picking, if you take it seriously, make it your job, be punctual, make as if someone is watching you, like there’s a boss who is complaining about you, you can make a lot of money,&39;&39; says Mbata.

Minister of Energy, Dikobe Ben Martins, told eNCA.com at a renewable energy media briefing on Monday that waste pickers will be considered in government’s waste-to-energy projects.

The waste pickers will be handing a memorandum over to the Department of Environmental Affairs at the end of their march on Friday.