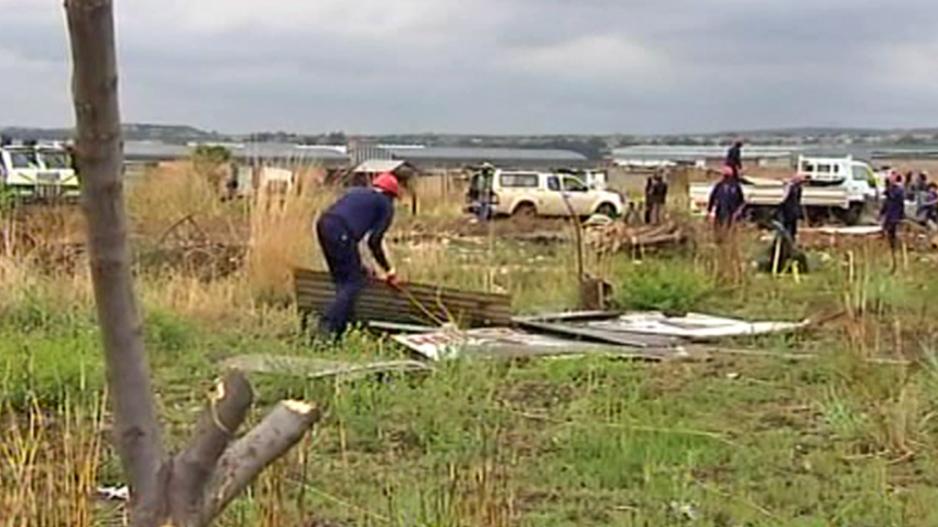 The City of Tshwane has gone to court to curb land grabs in its jurisdiction.

• Editor&39;s note: This is a developing story and will be updated as more information becomes available.

JOHANNESBURG – A large group of people gathered in Marlboro, near Sandton on Saturday, waiting to be allocated stands.

Police have stepped up the presence at the site of the land grab, closing off the road, and arresting several people.

Economic Freedom Fighter (EFF) leaders in Alexandra say accommodation issues there are pushing them to occupy any vacant land of their choosing.

EFF branch chairperson Washington Maponyane told eNCA that they "identified a nice, beautiful piece of land" and planned to occupy it on Saturday.

"We have been having a series of meetings about the issue of land expropriation without compensation,” said Maponyane.

Maponyane said the land needed to be occupied as accommodation issues in Alexandra have not been addressed.

“The majority of community members in the ward, in Greater Alexandra, saw there was a need for accommodation because currently, we don’t have accommodation.”

How safe are the data the @EFFSouthAfrica is collecting? Will these data be used for any purpose other than land allocation? Are these data being protected as required by law? @eNCA @pierredevos Marlboro

Those gathered in Marlboro were earlier presenting their identity documents to be allocated land in Waterfall.

The City of Johannesburg has said land distribution should be undertaken within the confines of the law.

The city says people should follow the right procedures.

“We understand the frustrations our communities are facing, but what we are saying is our offices are open," said Johannesburg Housing MMC Mzobanzi Ntuli.

"Let the communities engage us about certain pieces of land that is available around our city, instead of just taking.

"Once you just take, it there are criminal processes. That is why I&39;m saying, let government take full control in terms of distributing land to people."

“Peace, Land and Bread! All Power to the (People)”....Vladimir Lenin pic.twitter.com/9lfwnfnuGM