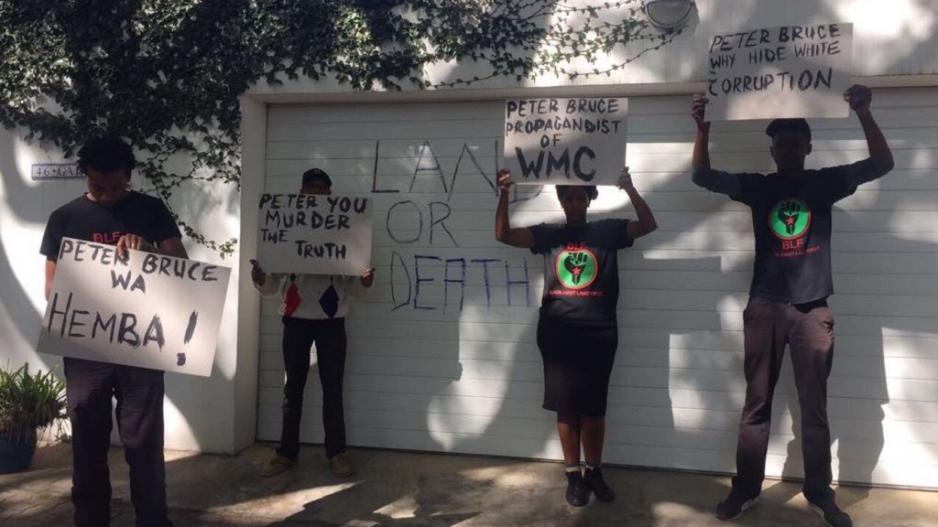 JOHANNESBURG - Black Land First, Thandiswa Yaphi, has vowed to continue to defending the Gupta family against journalists who write negative commentary about them.

Yaphi told Jeremy Maggs on eNCA that they would carry on going to the homes of journalists.

She also denied that protesters were intimidating or threatening or had committed any acts of vandalism, despite BLF members posing for pictures in front of the message 'land or death' written on Bruce's garage door.

The group protesting outside Bruce's home on Thursday afternoon was small and police cleared the scene upon arrival.

Pictures of the thugs intimidating Peter Bruce outside his house. pic.twitter.com/PlcCElcgNr