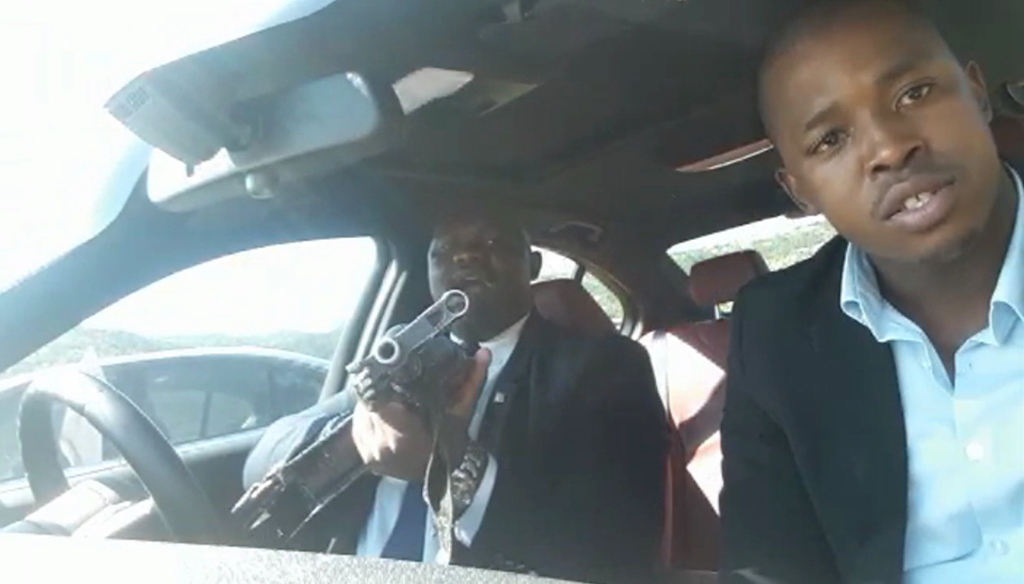 DURBAN - Two men, said to be the bodyguards of the party's eThekwini Regional Secretary Bheki Ntuli, were fired after a video emerged of them brandishing weapons and making death threats.

UPDATE: #ANCKZN has just told me the two bodyguards have now been fired from eThekwini secretary Bheki Ntuli's security detail.

One of the men is seen cocking an AK-47, which is illegal to carry in South Africa. It is not clear when the video was filmed.

Two sources confirmed the identity of the men to eNCA.

In a statement issued on Thursday, the ANC in KZN said it has been exposed to the "disturbing circulating video."

"The African National Congress strongly denounces and distances itself from this irresponsible display of weapons, irrespective of the purpose for which it was done. We call on the Security Company responsible for these security guards to take actions against this unpalatable conduct," the statement said.

In a separate statement, the ANC in eThekwini said it was "shocked and traumatised" by the video. It said that the security detail for officials was outsourced to private companies and that the regional secretary could not have known of the bodyguards' conduct. "In this regard, there will be strong engagements with the company that is the employer of the security personnel implicated in this incident."

Political killings have recently escalated in KwaZulu-Natal, with AK-47s used in many of the assassinations.

The video was shown to ANC officials in KZN and they promised to investigate.

More than 60 people were recently arrested in the province in connection with ongoing political violence.

However, as yet, no one has been prosecuted.

The Moerane Commission of Inquiry is currently investigating politically-related killings in the province.

He succumbed to injuries sustained when he and two other ANC councillors were shot in July at a spaza shop in Mzimkhulu, south of Durban.