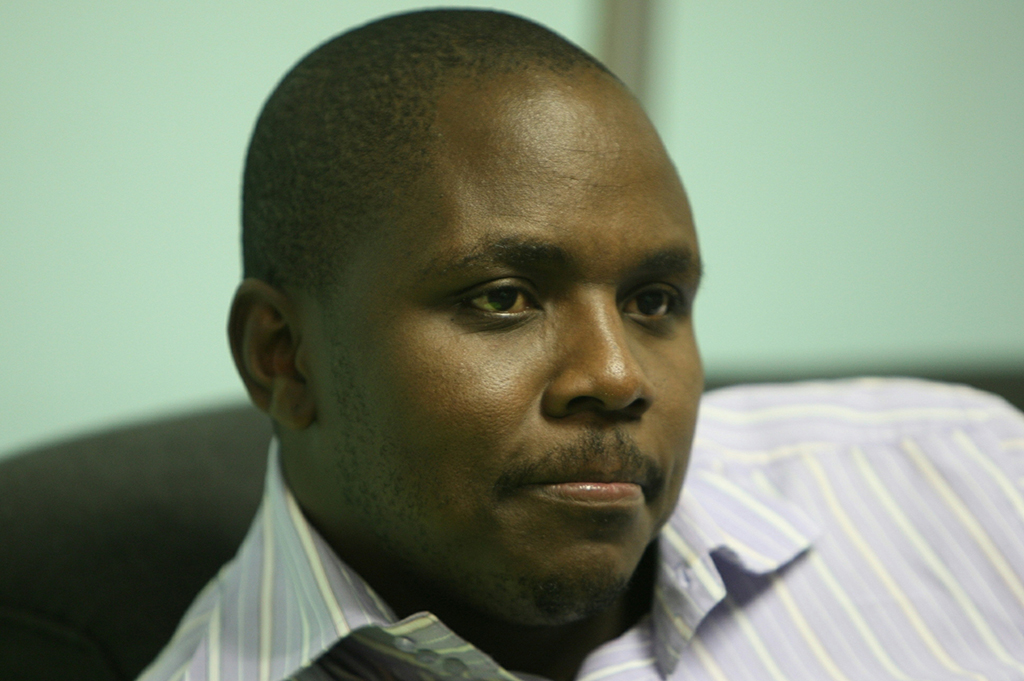 Editor&39;s note: The actor&39;s name was amended after clarifying with him what he preferred to be called. He was previously known only as Meshack Mavuso.

JOHANNESBURG – Former Isidingo star Meshack Mavuso Magabane escaped with his life and a few bruises after two men attempted to hijack him outside a friend&39;s house on Sunday.

CCTV footage shows Mavuso Magabane scuffling with the men, one of whom tried to hit him with the butt of a gun, before managing to escape.

In an exclusive interview with eNCA this morning, Mavuso said he threw his car keys over his friend&39;s wall so his attackers could not take his car.

Muvuso Magabane currently stars on Zabalaza, a TV drama on Mzansi Magic. He has appeared in a number of theatre productions.

Mavuso Magabane was visiting a friend, Mike Maile, in Buccleuch in Sandton on Sunday night when two men in a black Polo tried to hijack him.

The CCTV footage shows him arriving at Maile’s home at about 7pm. He waited for the gate to open for a few minutes.

Maile said Mavuso Magabane had buzzed for security to open the gate, but they “took too long to open”.

A black VW Polo first drives past and then returns minutes later.

“I’m playing music, I’m relaxed. I’m not even thinking. And then these guys come with guns. And they say to me &39;get out of the car and leave the key&39;.

"At first I thought this is a game but then I could see, these people are serious,” Mavuso Magabane said.

One attacker walks around the car and opens the passenger door.

The video shows Mavuso being forced out of the vehicle, with his keys in his hand.

“As they were beating me with their guns, I just thought – I don’t know if it was bravery or stupidity – and then I threw the key inside Mike’s yard,” Mavuso Magabane said.

Mavuso Magabane said while the attackers were searching for the keys, he ducked out of site behind a wall.

“I ran in front of the car and went on the other side of Mike’s house. They fired two shots and then left,” Mavuso said.

In hindsight, a shaken Mavuso Magabane realises that he could have been seriously hurt.

“I only got terrified later when they were gone. But as that thing was happening, I was like very brave. I don’t know where I got that bravery … I just got so emotional after the whole ordeal.

"I could have been killed. I should have just given them the car and let them go.”

He says he shouldn’t have fought to keep his car saying “that was just craziness”.

“I wouldn’t advise anyone to do what I did,” he says.

Mavuso Magabane and Maile now say they are offering a reward for any information about the attackers, who they suspect are operating throughout the Buccleuch area.

Maile said they wanted to offer the reward to prevent others from being hijacked by the same thugs. His family has been severely traumatised by the attack, since he was outside in the yard making his way to the gate when the shots were fired.

“Although the picture (from the CCTV footage) is not clear, somebody will know them,” he said.

Maile is an ANC branch chairperson and formerly worked for the Department of Arts and Culture.

“What angered me is that this happened at my home. My kids and my wife were at home,” he said.

Maile added that he has had to take time off from work to be with his family, who are still shaken by the attack.

Mavuso Magabane himself feels strongly about catching his attackers.

“I think I was lucky but not everyone will be as lucky. I believe that they must be behind bars,” he said.