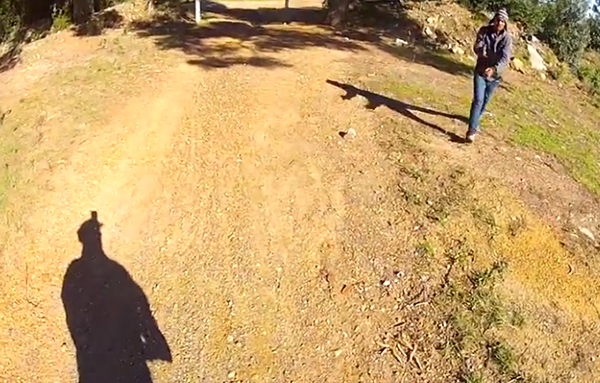 CAPE TOWN – Three men have appeared briefly in court after they were filmed robbing a cyclist of his mountain bike and cellphone in the Helderberg on Saturday.

Malcolm Fox was cycling on a trail with a GoPro camera strapped to his helmet when an armed man ran towards him and ordered him off his bike.

Fox can be seen climbing off as two more men approach, before making off with the bicycle and phone.

"Thorough investigation work led investigators to the suspects with the help of footage recorded with a camera which was mounted on the cyclist’s helmet. The first suspect aged 22 was arrested on Sunday at his residence in Sir Lowry’s Pass and a Luger firearm was seized. The same day another 22 year old suspect was arrested, also in Sir Lowry’s pass."

The third suspect was arrested on Monday.

Police recovered Fox’s stolen items and the three men were charged with robbery.