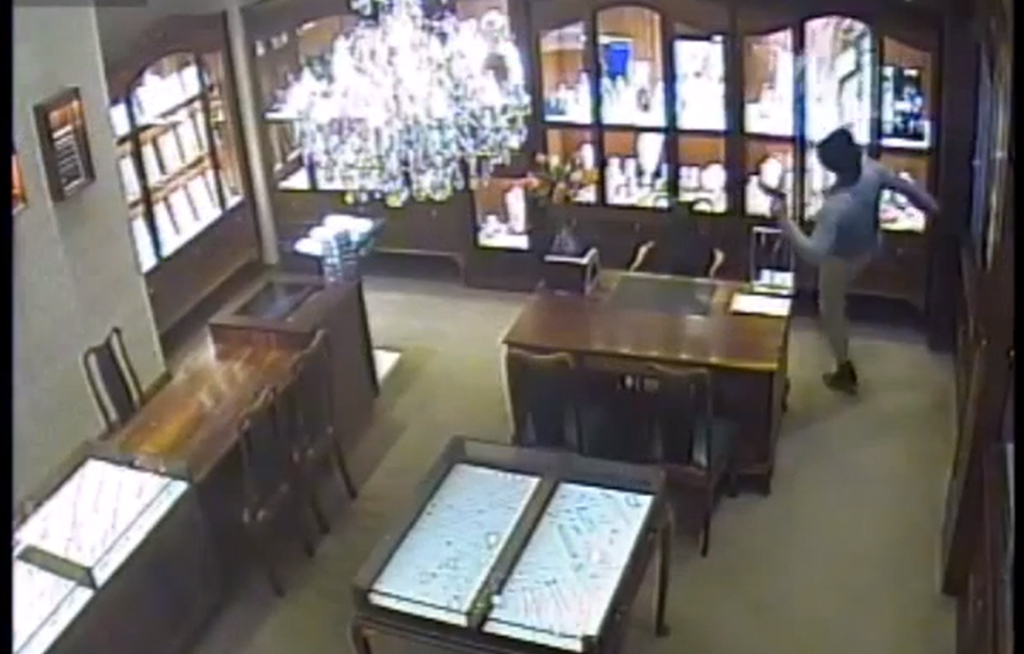 Cape Town, 13 January 2015 - One of the suspects kicks in a display cabinet during a robbery at the Harris & D'arcy Jewelry store in the Blue Route Mall on Sunday 11 January.

Police are now on the hunt for at least nine suspects who went on a rampage, smashing windows and glass counters at Harris & D&39;Arcy Jewellers.

With their vehicles safely parked in an undercover parking lot, the armed suspects stormed into the shop and made off with an undisclosed amount of jewellery.

They then casually fled the scene, with their mall parking tickets.

Parts of the footage shows panicked shoppers fleeing the scene.

Late last year, the country was gripped by a series of mall robberies. It&39;s estimated repair work to the jeweller that came under attack, could cost up to half a million Rand.