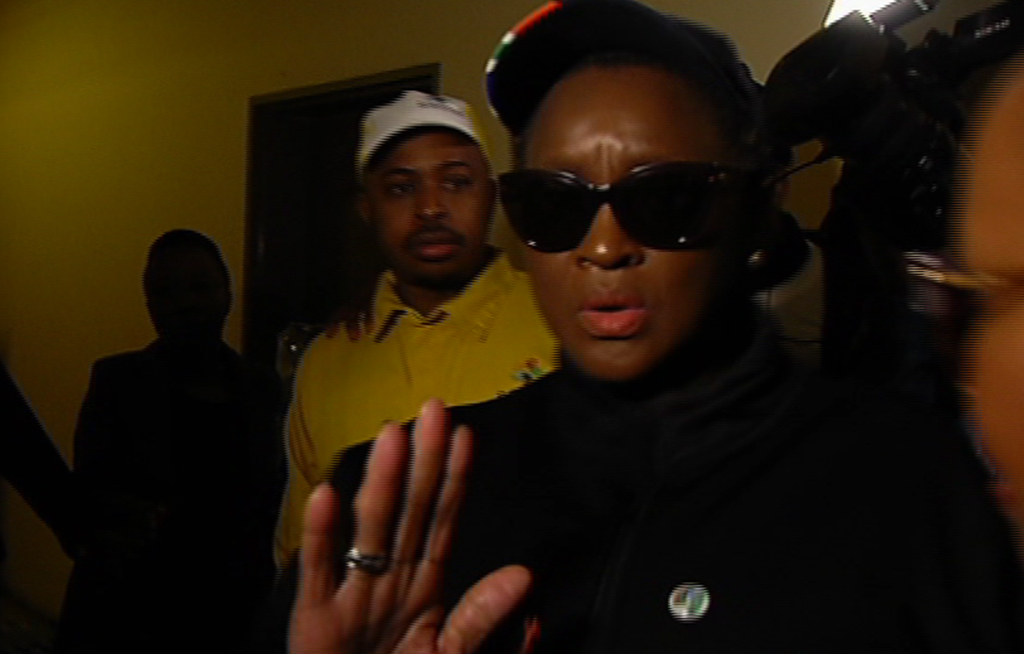 Addressing a gathering of ANC members in Ekurhuleni, Gauteng, Dlamini said the ANCWL supports Nkosazana Dlamini-Zuma as the next president of the ruling party and other female candidates had to go.

To date, Sisulu and Mbete have both accepted nomination for the position.

Sunday's event started with Women's League leaders dancing and singing, "We are ready for Nkosazana," referring to Nkosazana Dlamini-Zuma's election for the position of ANC President.

READ - Who rocked it best, Bathabile or Fikile?

On Sunday, Dlamini made newspaper headlines when she reportedly said action should not be taken against deputy minister for Higher Education, Mduduzi Manana, who stands accused of violently assaulting a woman in a Johannesburg nightclub last weekend.

The Sunday Times reported that Dlamini said there were other government leaders who had done worse than Manana.

ANC NEC member and Small Business minister, Lindiwe Zulu has spoken up against such a sentiment, saying she is disappointed in Manana.

Employees of the Department of Higher Education have come out in support of the disgraced deputy minister.

They were responding to allegations that Manana frequently abused his power and has ill-treated staff in the past.

The group rebutted the claims and commended his leadership and dedication to his job.

Allegations made against Manana include swearing at his former secretary, making her sit outside his apartment in winter in Cape Town from midnight to 2 am as “punishment,” and forcing employees to clean and cook for him.

The Democratic Alliance (DA) intends reporting Manana's conduct to the Commission for Gender Equality and the Human Rights Commission.