WATCH: EFF causes chaos with 'pay back the money' 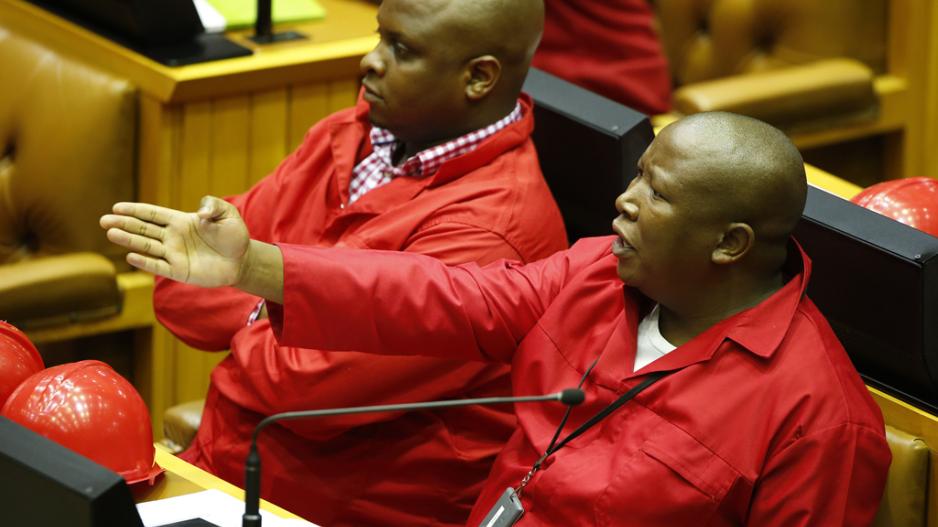 CAPE TOWN - Speaker Baleka Mbete on Thursday once again adjourned Parliament’s question-and-answer session.
This after Economic Freedom Fighters’ (EFF) members of parliament (MPs) refused to back down from their demands that President Jacob Zuma answer their question of when he will be "paying back the money".
It is related to recommendation by public protector Thuli Madonsela that President Jacob Zuma pay back some of the money related to “non-security features” at his private home in Nkandla.
This despite Police Minister Nathi Nhleko’s report that said Zuma does not have to pay back anything related to security upgrades at his home.
Earlier in the day, Mbete adjourned proceedings after EFF MPs demanded that the president don&39;t answer questions before he answered their Nkandla question.
Mbete told members that Thursday’s session was for the president to answer questions at hand and she continued to call on the president to take to the podium.
But several EFF MPs stood up and demanded that the president answer the party’s question.
Mbete then adjourned the house for the second time as EFF members chanted “pay back the money”.
She told Parliament that a decision needs to be taken on what the next step is as some members of the house were not cooperating.

"Those who thought they buried Nkandla with that comedian movie made by Nhleko can think again." pic.twitter.com/K9wy4ZFqYb

This is a parliamentary crisis. The house is still in session until the mace is removed. The ANC left the chamber before them.

"I have exercised patients. It&39;s clear there are those who will not cooperate." Mbete