WATCH - EFF: Shut up and sit down 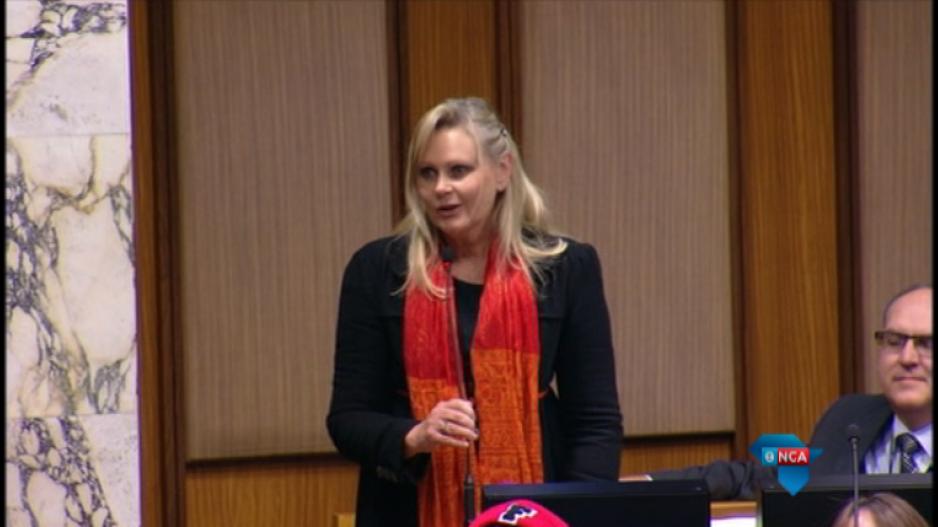 EFF MP Ndlozi interrupted an MP and told her, That one is out of order, if she doesn't have members in the gallery she must shut up and sit down.

PARLIAMENT – President Jacob Zuma switched from English to isiZulu and scolded MPs for making a noise.

Zuma was answering questions from opposition parties in the National Assembly on Thursday.

Speaking in isiZulu Zuma pointed his finger and said, “You’re talking while I’m trying to answer a question.”

EFF MP Mbuyiseni Ndlozi said the speaker of Parliament Baleka Mbete should call the President to order for asking the gallery to keep quiet.

“He (Zuma) must respect the rules of the house and address us through you (Speaker),” said Ndlozi.

Another MP raised a point of order saying that the gallery were making a noise and participating in proceedings.

EFF MP Godrich Gardee interrupted her point and said, “That one is out of order, if she doesn&39;t have members in the gallery she must shut up and sit down.”

Zuma then answered a question about the outcomes of the 25th African Union Summit.

He listed a number of initiatives to fast track the industrialisation of the continent and said the private sector would play a strategic role in these projects.

Zuma spoke earlier about the proposed Brics development bank and how it should be able to aid South Africa and other developing countries.

Responding to a question from DA MP David Maynier, Zuma said South Africa will benefit from the R25 billion that will be put into the development bank.