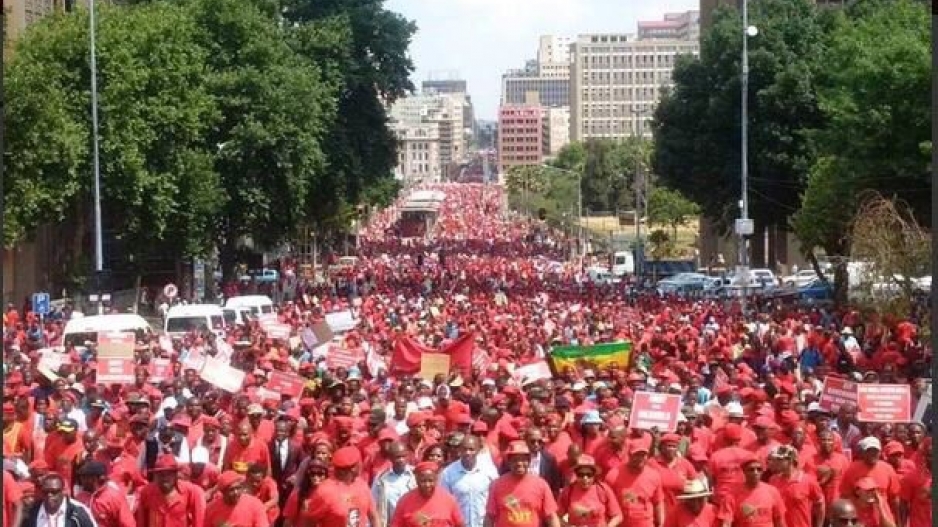 JOHANNESBURG - The Economic Freedom Fighters (EFF) has taken its fight for economic freedom to the streets of Johannesburg.

In an attempt to end so-called white monopoly capital, thousands of its supporters marched through Johannesburg to hand over a list of demands to the Chamber of Mines, the Reserve Bank and the Johannesburg Stock Exchange.

It has accused these bodies of maintaining the status quo, and has  demanded changes, including the nationalisation of mines and greater state intervention in the Reserve Bank, zero bank charges for workers earning under R4,500 a month, and zero interest on loans for education.

EFF march has arrived at the Reserve Bank. Malema: "Our demands are very simple. We want you to be state owned!" pic.twitter.com/hHuomcHObj

Malema urged the mining companies to help reduce the cost of education.

He said, "We want the mines of South Africa to commit a certain percentage of their profit towards funding of a free education. Free education is not only the responsibility of government."

In Sandton, the EFF addressed the crowd, before handing over a memorandum off demands to JSE CEO Nicky Newton-King.

JSE CEO out there to receive the memorandum from the EFF. Say it with me, respect and leadership.

At the JSE, EFF Deputy President, Floyd Shivambu delivered an ultimatum to the three financial institutions.

He said, "Our mandate is clear, we want all the companies to give us a response within 30 days.

"There&39;s no amount of security which is going to prevent the people of South Africa from demanding what&39;s rightfully belongs to them. Those are our demands and we expect the JSE to act on all of them. Amandla!"

*View the attached video where the EFF outline their demands