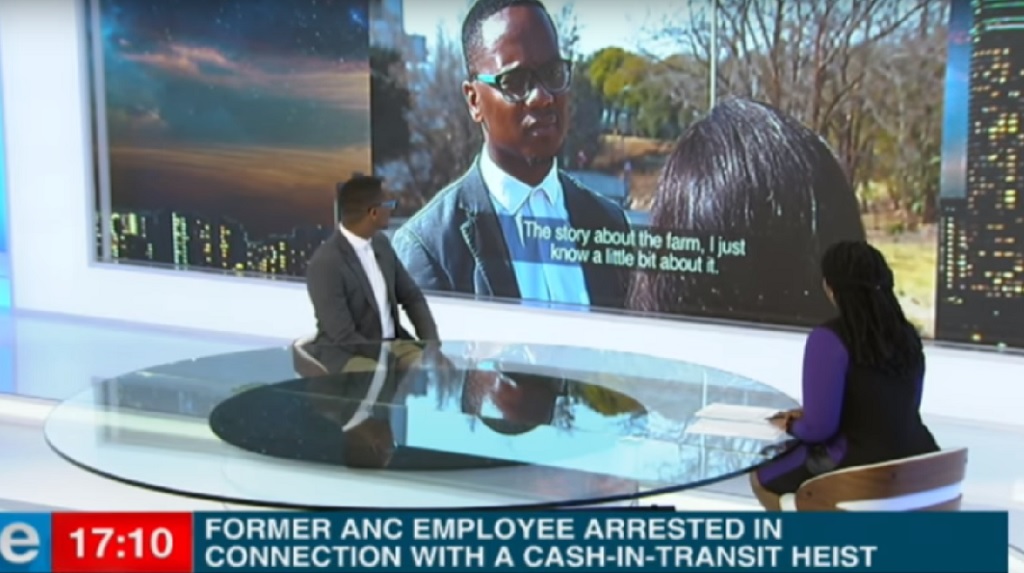 The former ANC employee arrested in connection with a cash-in-transit heist in Soweto, Errol Velile Present, is believed to be involved in two other similar robberies in the North West. Present's wife, Zanele Present, spoke to eNCA's Aldrin Sampear.

JOHANNESBURG - The former ANC employee arrested in connection with a cash-in-transit heist in Soweto is believed to be involved in two other similar robberies in the North West.

On Wednesday, the African National Congress (ANC) dismissed Errol Velile Present, an employee at its headquarters, after it came to light that he has been arrested in connection with a recent cash-in-transit heist in Soweto.

eNCA&39;s Jane Dutton asked the ANC&39;s spokesperson Pule Mabe why Mduduzi Manana is still a party member while this employee has been dismissed after allegations of criminality were made against him.

Manana, the former deputy higher education minister, was sentenced to a R100,000 fine or one year in prison in November 2017 after he pleaded guilty to assaulting two women at a Johannesburg nightclub in August 2017.

[EARLIER] WATCH: Some ANC members who have been convicted of crime still remain in the ANCNEC. eNCA&39;s @MikeMarillier and @vuyo_mvoko unpack this on NewsNight. Courtesy DStv403 pic.twitter.com/KXDXcA1AAF

Present&39;s wife, Zanele Present, spoke to eNCA&39;s Aldrin Sampear on Thursday, saying she could not believe the allegations leveled against her husband.