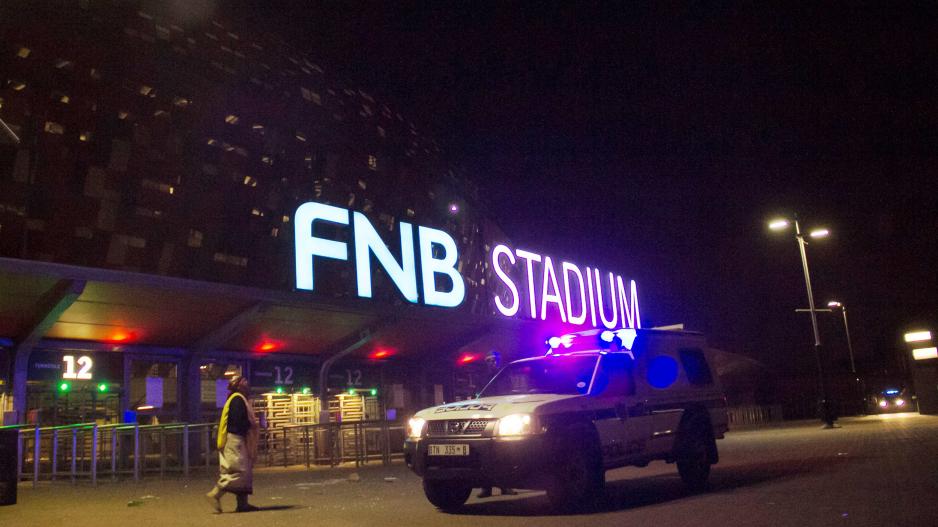 File: Emergency service marshals and vehicles leave from the FNB stadium where two people died during a stampede.

* Editor's note: this footage may be upsetting to some viewers

JOHANNESBURG - Stadium Management SA blames the deaths of two soccer fans at the Soweto Derby over the weekend on people trying to break FNB Stadium and refuses to call it a stampede.

It said video footage shows groups of people trying to use fake tickets to enter the venue.

Several people were injured and two died during the match between Kaizer Chiefs and Orlando Pirates on Saturday.

READ - Questions being asked about Soweto Derby continuing despite deaths

According to Jacques Grobbelaar, Stadium Management SA CEO, "We don’t see this as a stampede. (A stampede) is a wild panicked rush of a number (of people) into the same direction - this was people breaking into the stadium.”

The Premier Soccer League appointed one of the country’s top advocates, Vincent Maleka to investigate the events that led to the tragedy.