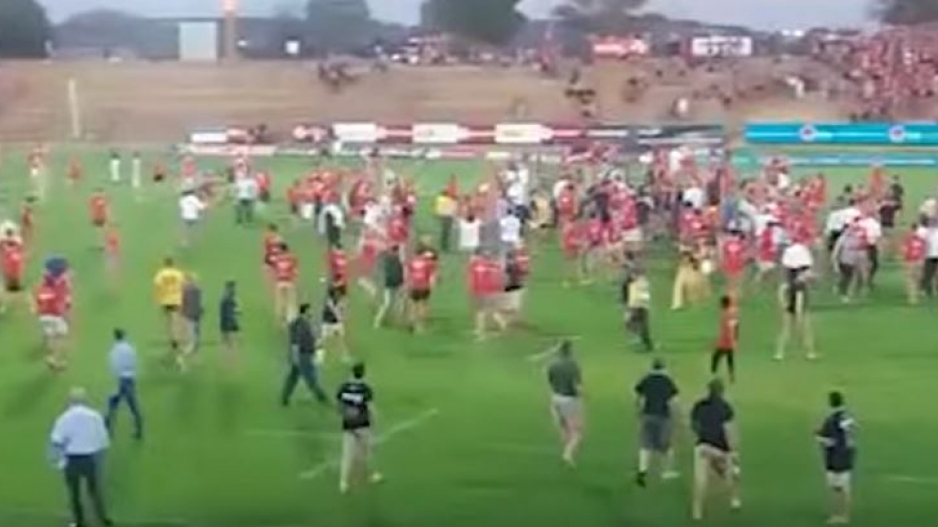 A screen shot of the violence that broke at on the rugby field at the University of the Free State.

JOHANNESBURG - Academic activities at the University of Free State have been suspended following violence on campus.

Students reportedly went on the rampage and vandalised university property on Monday night after black and white students clashed at a rugby game in Bloemfontein.

Black students were allegedly attacked by their white counterparts at the match.

A video on social media shows rugby players and supporters assaulting a group of protesters who had gone onto the field.

They are seen disrupting the rugby match between the UFS Shimlas and Madibaz.

This bad neh, a horrible beating of blacks in Free State University. https://t.co/GC9GjK7fO6