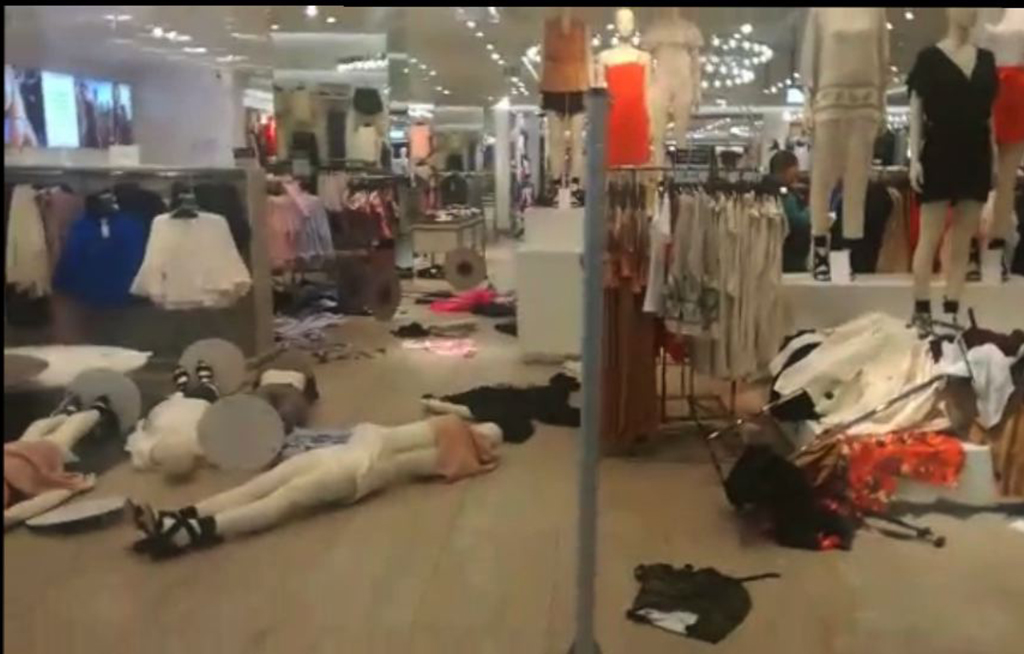 Mannequins and clothes could be seen scattered on the floor and the doors of the store have been closed.

JOHANNESBURG – The H&M clothing stores at Sandton City and Menlyn mall were trashed on Saturday morning.

This as the Economic Freedom Fighters (EFF) protested nationwide in protest against a racist sweater ad.

That @hm nonsense of a clothing store is now facing consequences for its racism. All rational people should agree that the store should not be allowed to continue operating in South Africa. Well done to Fighters who physically confronted racism. pic.twitter.com/cgdedYGoOj

EFFprotest - Video from police monitoring the situation at the H&M store in Sandton City >> https://t.co/DoX7LZyTw0 pic.twitter.com/gph8o2iN1f

Mannequins and clothes could be seen scattered on the floor and the doors of various stores were shut.

Protests are also taking at other malls nationwide, including Mall of the South, Mall of Africa, Clearwater and East Rand Mall.

So this is H&M at Menlyn... a group of people are vandalizing and just throwing clothes around. ANC106 pic.twitter.com/1S4edBabyS