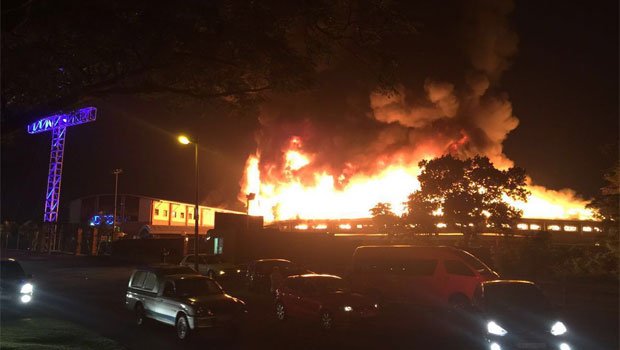 The Durban Christian Centre was set on fire on Tuesday, 07 June.

DURBAN - According to reports by emergency services, the Durban Christian Centre off the N3 by Brickfield Road was set ablaze on Tuesday evening.

The fire was extinguished at approximately 8pm according to KZN emergency services spokesperson, Robert McKenzie.

"There are still hot spots that are smoldering and the structure is still hot but the main fire has been put out," McKenzie said.

Durban Christian Centre, the Dome is on fire. Hope nobody is hurt. This is crazy. Durban pic.twitter.com/KjEI9JpG3v

No injuries were reported following the blaze.

Emergency services have encouraged motorists to avoid the area.