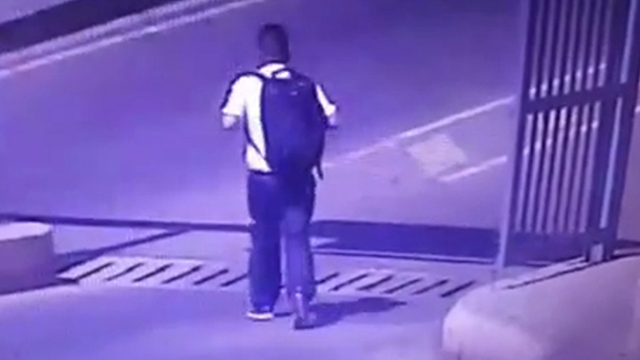 Johannesburg, 3 September 2015 - Crime in South Africa is no doubt a factor that many citizens have been forced to accept and hope for the best when faced with it.

JOHANNESBURG – Crime is a factor that many in South Africa have to contend with and they simply hope for the best when face it.

The perception is that it’s almost a given that nothing will be done when you&39;re the victim of crime and that your valuables will be lost forever. Many believe law enforcement reacts poorly and that security guards are utterly useless.

Hold that thought for a moment.

Johann Nortje&39;s car was broken into at the Grove Mall carpark in Pretoria East and his laptop was stolen.

With the bag on his back, the thief was as smooth as a mirror, walking off like it was just another day at the office.

He walked through the security gates, kept his cool and probably thought he had pulled off the heist of the week.

But in a matter of seconds, two security guards rushed almost out of nowhere to stop the thief, who then decided to abort the mission, drop the bag, and make his escape.

The guards were quicker though, managing to tackle him to the ground and secure the stolen laptop.

Nortje could not have been any happier with the professionalism and skill shown by the security and the police arrived to arrest the thief soon after.

“I am proud of the Grove Mall security who acted fast and made sure they caught the thief," Nortje said.

“Everything went smoothly and this just goes to show that crime does not always win (sic) and we can beat crime if we want to.

“All South Africans are fed-up with crime and it’s very comforting to know that we are protected.”

Nortje says he was shocked at how skilled the thief was and was amazed at how he got in and out of his car so quickly and easily.