WATCH: Magashule urges support for Zuma after singing 'you sell out' 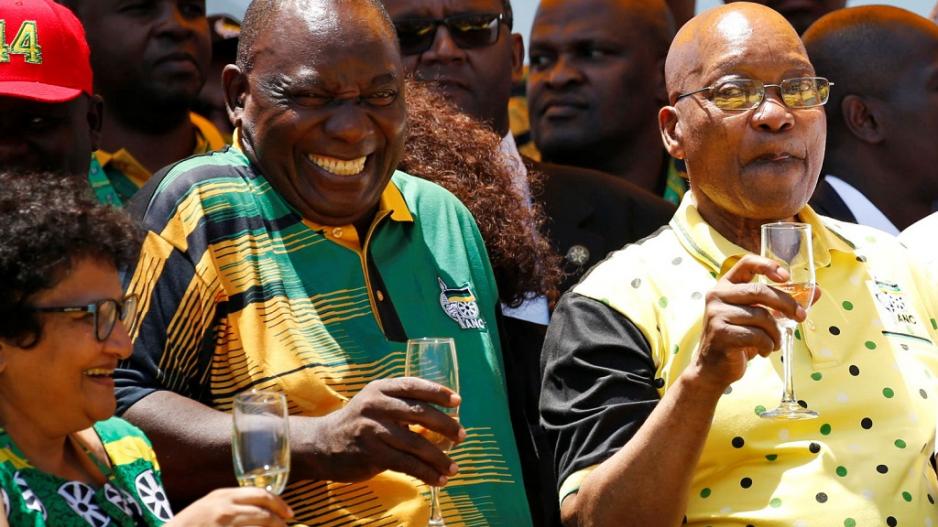 KWAZULU-NATAL - African National Congress (ANC) Secretary General Ace Magashule has urged members to support President Jacob Zuma, since the party has not decided to remove him.

He says the narrative that Zuma must be removed before his term ends is from those who want the party to fail.

Magashule ANC SG Ace Magashule takes to the podium. He sings “you sell out, you sold out the liberation movement”.@eNCA pic.twitter.com/f6oLoWBhw4

Magashule was speaking during the ANC Youth League&39;s January eight event in KwaZulu-Natal.

“There’s no decision which we have taken as the NEC that he [Zuma] must go - we have not taken such a decision. It’s only factional leaders who want to be populist, the ones who are loved by the papers, the ones who don’t know the ANC, who are making noise outside. We, as disciplined members, engage our issues within the ANC, not in the papers," he said.

His comments stand in stark contrast to those of ANC President Cyril Ramaphosa, who on Thursday said Zuma was anxious about his future.

He made the comments in an interview with CNN in Davos, Switzerland, on the sidelines of the World Economic Forum.

Will embattled South African President Zuma remain in office through next year, until his term ends? The man who just replaced him as head of the ANC Party, @CyrilRamaphosa, says “we’re looking at a variety of options.” https://t.co/O9sndcHC6G

Ramaphosa said South Africa was in a transitional period.

He further said the ANC would keep the best interests of South Africa in mind in dealing with Zuma&39;s exit and not the interest of an individual.

On Sunday, Magashule cames out guns blazing against those seeking to implicate him in the contentious Vrede diary farm that was raided by the Hawks on Friday.

Magashule “I see they are trying us, implicated in the Vrede dairy farm. They must investigate and not intimidate us, writing in the media. Let the law takes it course” - ANC SG Ace Magashule.@eNCA pic.twitter.com/5gPVPZMS5O