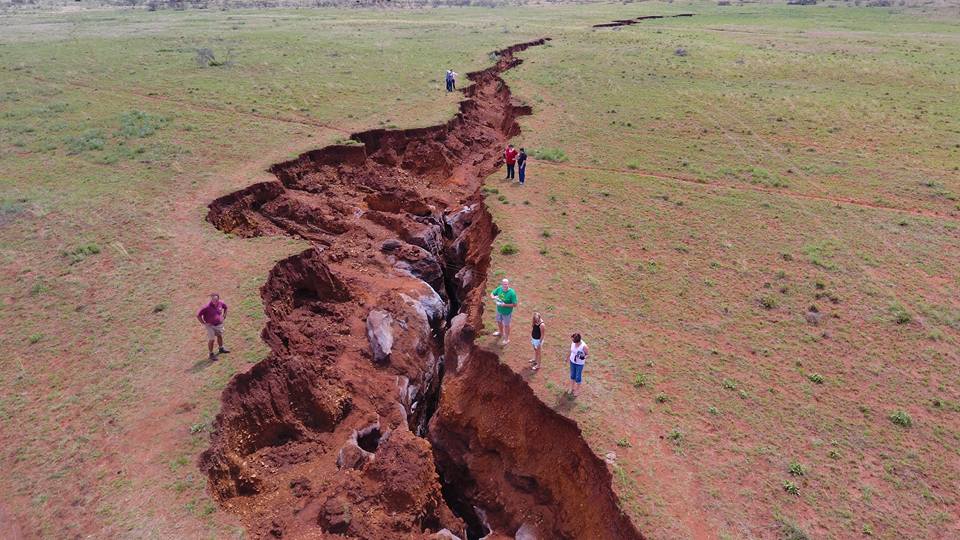 A massive sinkhole has been spotted in the Northern Cape along the R31 between Danilskuil and Kuruman.

JOHANNESBURG – A massive sinkhole has been spotted in the Northern Cape along the R31 between Danilskuil and Kuruman.

The sinkhole is on what appears to be a farm and near the road.

The road between Kuruman and Danielskuil has been closed due to the sinkhole.

@eNCA Help us people who have knowledge between Kuruman and Danielskuil this Sinkhole it's getting worse maybe it's Tsunami please help!!! pic.twitter.com/T2v5KIgrSN

R31 between Danielskuil and Kuruman is permanently closed, due to a sink hole.Pic via BW Buurtwag pic.twitter.com/iscHfG1JiC