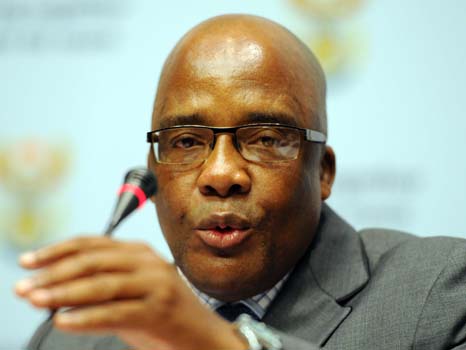 JOHANNESBURG - A national health insurance system will require a lot of reorganisation, and it will be met with a lot of oppositon, but the transition is doable.

That's the word from Health Minister Aaron Motsoaledi, who is releasing the NHI white paper on Friday.

The implementation phase of the National Health Insurance, set to target women, children, the elderly and people with disabilities, is set to cost just over R69 billion over a four year period, Health Minister Aaron Motsoaledi said on Thursday.

Motsoaledi broke down the cost of the implementation phase of NHI over a four year period for all targeted patients irrespective of socio-economic status:

Motsoaledi said it cost the private sector R24,000 to pay for one dose of herceptin, an effective treatment for some forms of breast cancer, with 17 doses being needed. Some medical aids don’t pay for this treatment.

“Even people on medical aid and have good employment are struggling,” he said.

The minister said that pooling resources and buying the herceptin in bulk would mean the drug would cost less.

He emphasised that the NHI represented a policy shift which would require a “massive reorganisation of the current health system, both public and private”.

However, he pointed out that South Africa’s outcomes were worse than other countries who spent less of their GDP on healthcare.

While its still not clear where the money will come from, the minister quoted his former colleague Pravin Gordhan during the February budget speech, repeating that various funding options will be explored, including “possible adjustments to the tax credit on medical scheme contributions”.

At the time, Gordhan said further detail would be provided in the medium term budget policy statement in October this year.

The implementation of NHI will first have to be preceded by legislative amendments and the introduction of a law governing the scheme.

“It means all those must be tampered with completely,” the minister said.

“One of the things we going to demand is that teaching hospitals to removed out of provinces. They must be governed nationally.”

In addition, Motsoaledi said the face of emergency services would change under NHI.

He said a team of specialists, headed by a University of Cape Town medical school professor, travelled the world to do benchmarking when it came to emergency healthcare.

Something which would cause a negative response, said Motsoaledi, was a provision that “all ambulances must have the same colour” so the country doesn’t have “so many diverse services”. He said they’ve already received push back from companies saying their branding and business rights would be infringed.

“We do not accept that we are not allowed to do that,” said the minister adding that these provisions would give effect to Section 27 (3) of the Constitution which provides that no one can be refused emergency medical treatment.

He used the example of all taxi cabs in New York City being required to be yellow, saying this had not impacted the business interests of individual companies.

“An ambulance is an ambulance. Patients must be picked up and taken to the nearest hosptial and they must stabilise you whether you are rich or poor,” said Motsoaledi.

Changes to medical schemes would include the introduction of a Single Service Benefit Framework, which would reduce the number of options per scheme, by April next year. Prescribed Minimum Benefits (PMBs) would also be aligned to “NHI service benefits”.

Pricing regulation would also be established under NHI, to have “one standard price for services”.

Co-payments and balanced billing would also be eliminated by January 2019.

“The reform of PMBs has already started. The Council for Medical Schemes have started consulations. We will be working with them on that,” said health director-general Precious Matsoso.

Matsoso said several preparatory platforms would be set up in the next few months as the country moves towards the NHI implementation phase.

“This is not a big bang approach. This is a journey. We need skilled people that will help us,” said Matsoso.

He joined Joanne Joseph from our Pretoria studio to discuss the challenges and aims of his vision for state health care.