WATCH: New guard of MPs you should know 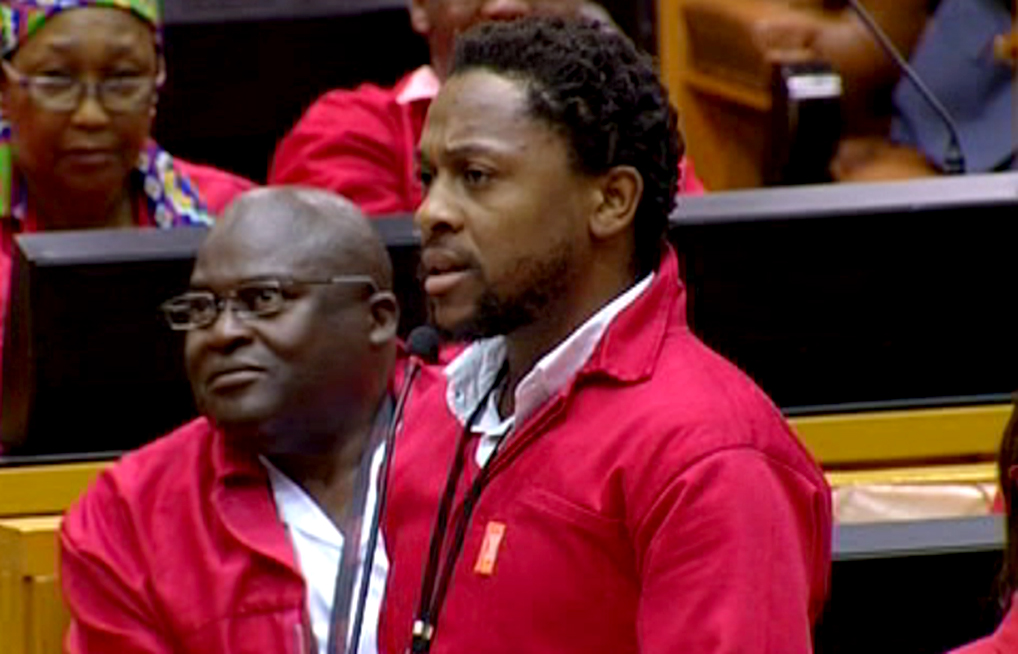 CAPE TOWN – The parliamentary calendar has kicked off and its youth brigade is setting the house on fire.

They’re finding their way in the bruising world of politics.

Annika Larsen tracked down a new guard of MPs you should know about.

Nqabayomzi Kwankwa is the UDM’s chief whip, 36-years-old and born in the Eastern Cape to a staunchly ANC family.

Years later he went to Cape Town and ended up homeless.

“My family was extremely poor. Many people would know that when I came here I started as a cleaner and security officer, I was homeless at some point and I spent 10 days sleeping in a dustbin. So my father was a mine worker and he had many children. He tried to be a polygamist like Jacob Zuma but it didn’t work for him because he didn’t have state resources to provide for his family so we had a tough time but we made it,” said Kwankwa.

Working as a security guard, he studied at night, under a lamppost.

Now he's studying for his fourth degree in economics.

The EFF’S Mbuyiseni Ndlozi earned the nickname the "People's BAE" – which upsets him because he feels it undermines his intelligence.

At 31, his grace under fire at this year’s State of the Nation Address, as Parliament's security crew carried him out of the house was remarkable.

Also 31 and often under fire, is the DA MP Solly Malatsi.

Malatsi was born in Soweto and his mother was a nurse at Chris Hani Baragwanath.

He was sent to live with his grandparents in Limpopo, and as an amateur boxer and long-distance runner, he learnt resilience.

“I stand up for myself, maybe because of who I am or where I come from and I do it unashamedly and that is why maybe ANC members just aren’t used to black DA members standing up for themselves. In the House there is a lot of posturing but in the committees and outside the National Assembly there is comradery but the National Assembly is a battlefield,” said Malatsi.

Tasneem Motara,34, is an ANC MP from Benoni  in the National Council of Provinces on the finance committee.

She's also learned to develop a thick skin and has a reputation as a hard worker.

“I think I am very hard-working but very forthright. I am not a pushover, I believe in what I stand for and stamp my authority wherever I am. I believe I am a perfectionist and have never failed in anything so if given the responsibility, I want to set a standard for myself but also to live up to the reputation that people have given me and live up to that expectation,” said Motara.

At 29, IFP MP Mkhuleko Hlengwa from KZN is one of the youngest MPs serving in Parliament.

“The expectations are higher. If I as a young person mess up, I mess it up for all the other young people here and I think my colleagues would feel the same,  and we need to work extra hard for the sake of the country. It's less about me and more about opening the doors for others and so what do I do and be their voice in the most genuine of ways and… be constructive and look at that which works, not the politics. If something works, then let's support it,” said Hlengwa.

The youngest MP in South Africa’s history is the DA’s Hlomela Bucwa, who is 24.

She gave her maiden speech in Parliament recently to great acclaim and it’s the last lines of her speech that will be remembered the most.

“Let us be reminded of these young people who have left their dreams at our feet and as such let us tread softly because as such we tread on the dreams of a lost generation,” said Bucwa.