VIDEO: We value some lives more than others - Charlize Theron 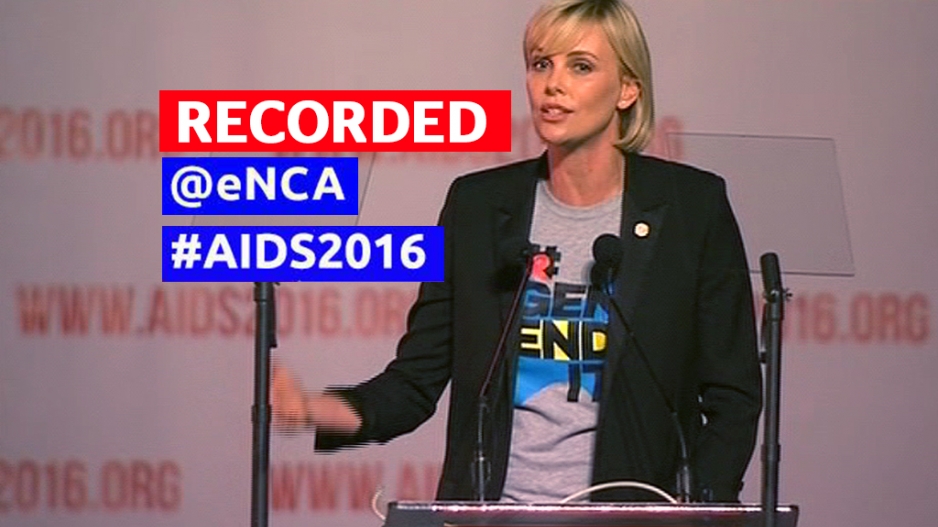 18 July 2016 - South Africa is set to host The 2016 International Aids conference in Durban. More than eighteen thousand delegates are expected to attend the five-day event.

*Editor&39;s Note: this live event has now ended, click on the above recording to watch the full opening ceremony and speeches.

DURBAN - South African actress Charlize Theron blamed ongoing discrimination as the reason that humanity had not beaten the HIV/Aids epidemic.

"If I am being honest with myself and with you I&39;m also sad to be here at the 21st International Aids Conference. This is the second time my country South Africa has hosted and that&39;s not an honour and not something we should be proud of," said the Oscar winning actress in her opening address at the 21st International Aids Conference underway in Durban.

Theron said that unless prejudices were overcome, there would be no solution to beating the disease.

"Please, please, please understand that I am not belittling the work that has been done by this amazing community over the years. I have seen the impact of your work over the years I have been inspired by you commitment to this fight, countless, millions of people would&39;ve died without your compassion and your dedication. But I think it is time that we acknowledge that something is terribly wrong," said Theron to cheers from the audience.

Delegates from all over the world have gathered in the South African city for the 2016 International Aids Conference.

The five-day event is aimed at improving our fight against HIV and AIDS.

Theron said that the disease did not exist simply because of sex but because of the prejudices.

“It’s time to face the truth about the unjust world we live in, the truth is we have every tool we need to prevent the spread of HIV ... let’s ask ourselves why haven’t we beaten this epidemic, could it be because we don’t want to?

She said the solution to the epidemic did not only lie in laboratories but also in the communities affected by the disease. She said that she hoped the next four World Aids conference would be the last and that the disease would be beaten.

“The real reason we haven’t beaten this epidemic boils down to one simple fact we value some lives more than others.”

Local Co-Chair of the 2016 International Aids Conference, Olive Shisana, said providing treatment for those living with the virus must remain a priority for all.

“(Our) goal of an HIV free society, we must at this very moment demand access to treatment for the vulnerable groups, we must accord equal rights to care for those living and affected by HIV. We must reform the laws, the policies, the development programs to affirm the rights of those affected by and living with HIV and Aids,” said Shisana.

Archbishop Emeritus Desmond Tutu hailed the strides made in the fight against HIV and Aids.

The Nobel peace laureate and social rights activist couldn’t attend the conference due to ill health, but he recorded his message, urging those at the conference to continue fighting for a world free of HIV.

Theron also said she believes the youth can make a difference in the fight against HIV and Aids.