UPDATE: Cele to clarify reports of a body found near Mama Winnie's home 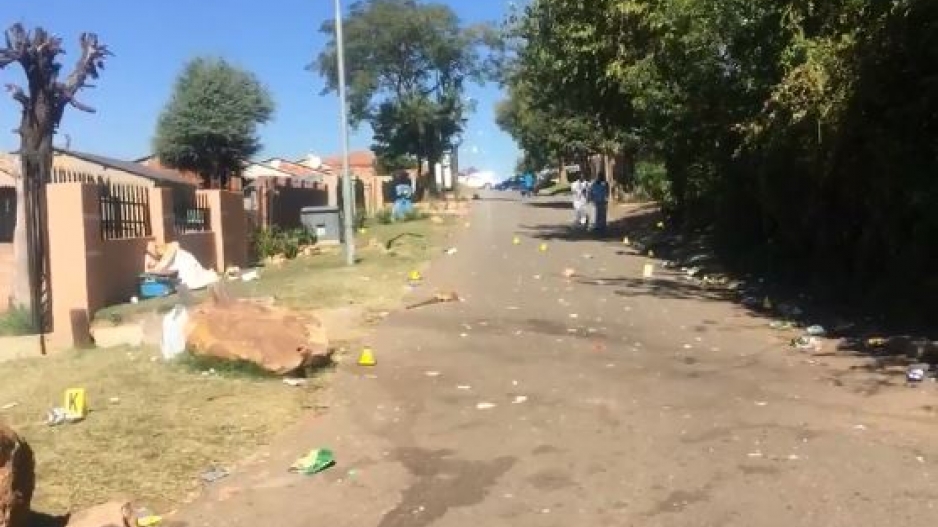 Crime scene investigators are combing the perimeter just outside the home of Winnie Madikizela-Mandela.

SOWETO - Police Minister, Bheki Cele is to clarify reports that a body was found close to the home struggle stalwart Winnie Madikizela Mandela.

[BREAKING NEWS] Police Minister Bheki Cele’s office has issued a statement about “... reports of a dead body which was discovered few streets away from the Mandela Residence.” Earlier Cele said MKMVA members fired several “gun shots” outside the home but “no one was injured”. pic.twitter.com/QaXjfnCE0N

Earlier Cele explained that members of the Umkhonto we Sizwe military veteran&39;s association (MKMVA) were responsible for firing several gunshots outside the home.

[CLARIFIED] Police Minister BhekiCele has explained that members of the MKMVA were responsible for firing several “gun shots” outside the home of Mama WinnieMadikizelaMandela last night. “No one was injured... [but people will be] arrested [for breaking the law]”, Cele said. pic.twitter.com/be64oXrgYe

Crime scene investigators were combing the perimeter near the house on Saturday morning.

Spent cartridges could be seen on the pavement across the road from her house.

[HAPPENING NOW] Crime scene investigators are combing the perimeter just outside the home of Mama WinnieMadikizelaMandela this morning. This explains the security gridlock that’s preventing access to the area. pic.twitter.com/A1gWkLzaC0

[BREAKING NEWS] Police Minister BhekiCele has arrived at the home of Mama WinnieMadikizelaMandela. He admits that there was a “problem” outside the home last night relating to a crime incident. pic.twitter.com/K5iQcoAdjr

[BREAKING NEWS] Police Spokesperson Kay Makhubela confirms to me that “there was an incident” outside the home of Mama WinnieMadikizelaMandela “last night”. But for now Police are still “gathering information” relating to the incident. pic.twitter.com/rkSz6OC4Mn

It&39;s a tradition they normally practice when an honoured person dies.

Cele said no injuries were reported and that police are investigating.