WATCH: Protest turns to looting on the N3 highway 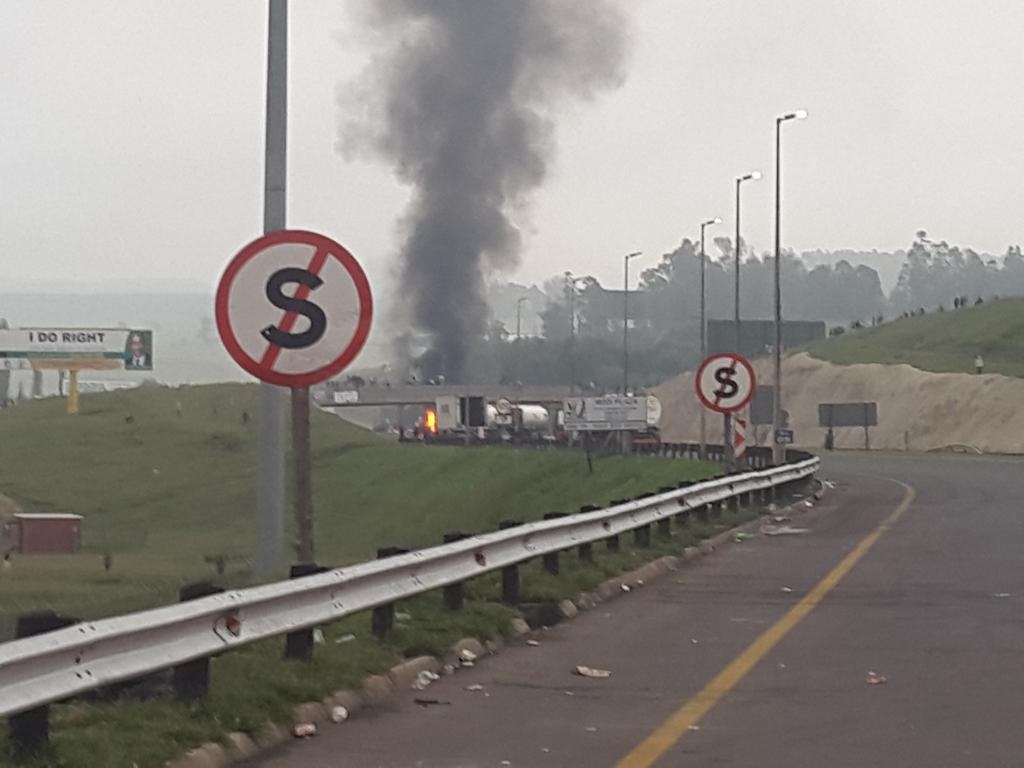 Protesters have torched trucks on the N3 highway near the Mooi River Toll Plaza in KwaZulu-Natal.

JOHANNEBSURG – There have been multiple reports of looting on the N3 highway near the Mooi River Toll Plaza in KwaZulu-Natal.

People could be seen on top of a truck belonging to a supermarket chain and throwing items down to onlookers.

MooiRiver ProtestAction turns into looting - the N3, the R103 and other local routes remain closed pic.twitter.com/jtHpXreYDy

An eyewitness confirmed the looting to eNCA.

There have also been reports of trucks being petrol bombed in the area.

Motorists, especially holidaymakers returning to Gauteng from Durban, have been advised to delay travel plans as the stretch of road is extremely congested.

Both sides of the freeway remain closed to traffic.