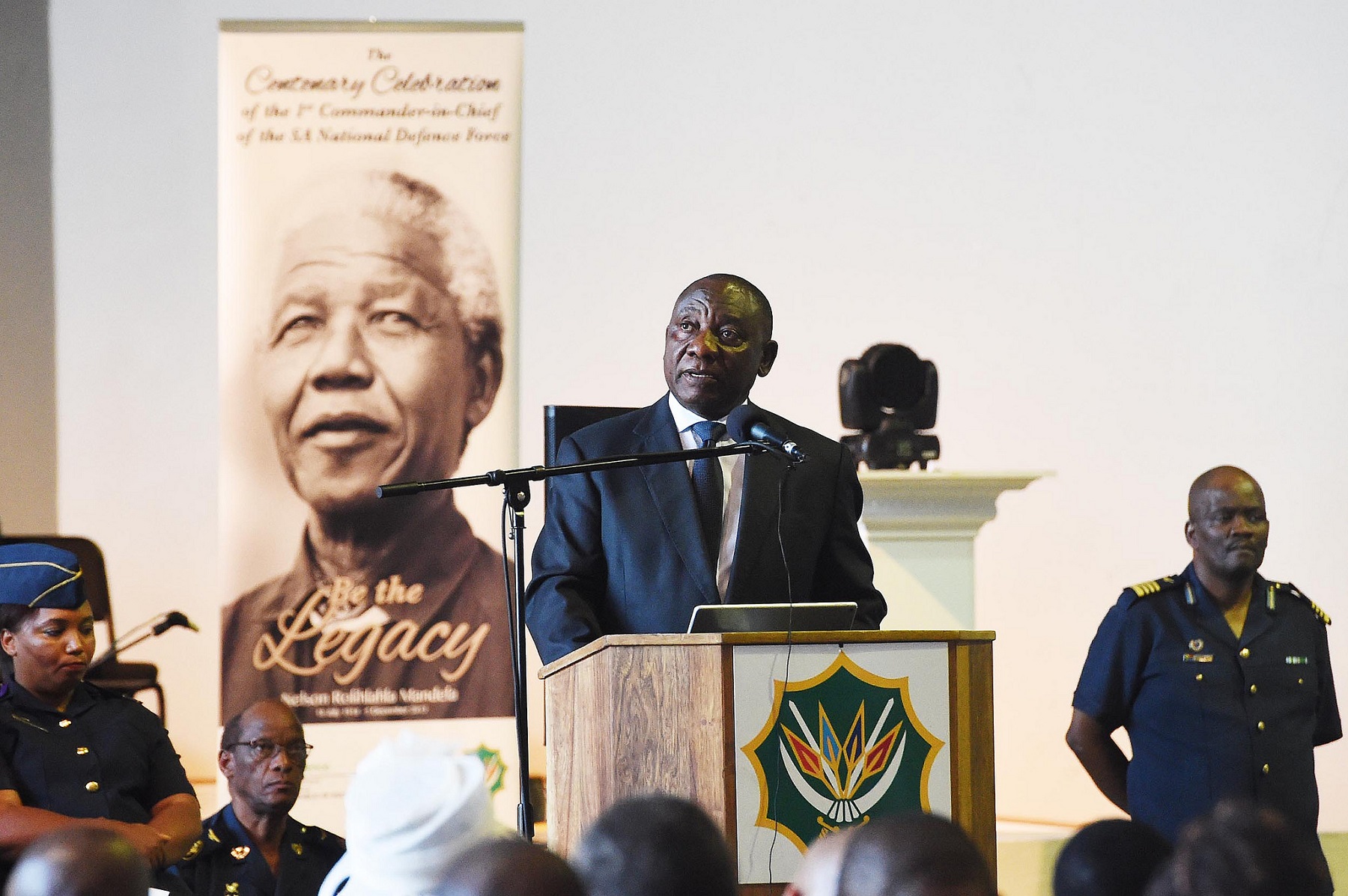 KIMBERLEY - The South African National Defence Force (SANDF) is not only the defender of the country&39;s people but also the Constitution, President Cyril Ramaphosa told the armed forces on Thursday.

Ramaphosa, the SANDF&39;s Commander in Chief, delivered the keynote address at the annual Armed Forces Day celebration in Kimberley.

“When we look at armed forces we see manifestation of SA that belongs to all of us, black and white.” -Ramaphosa ArmedForcesDay2018

This year&39;s event also commemorates the SS Mendi tragedy. Hundreds of soldiers, most of them black South Africans, died in 1917 when the boat they were travelling in sunk in the English Channel. They were on their way to fight in World War 1.

On Sunday, Ramaphosa praised the SANDF for respecting the supremacy of the Constitution “without any appetite for senseless bloodshed”, while the ANC changed leadership.

Thursday&39;s event included displays by the airforce and army.