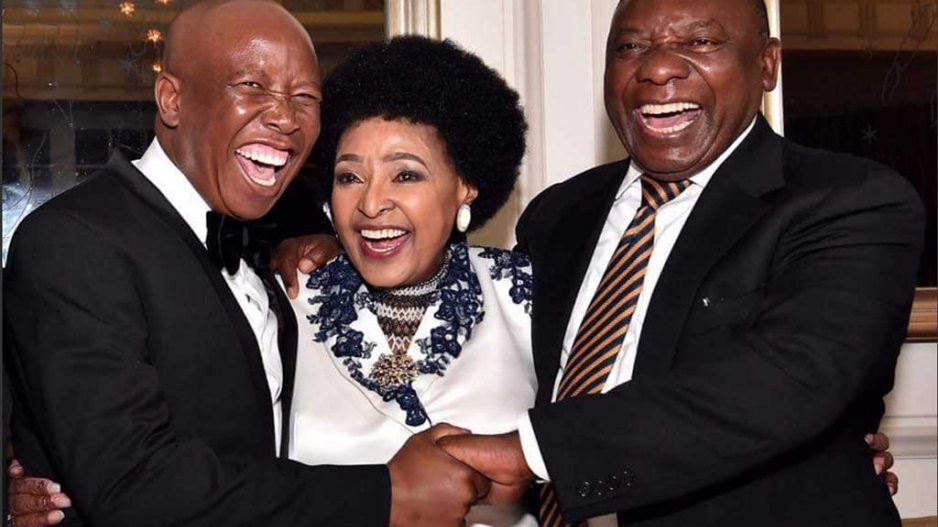 A big 80th birthday bash for Winnie Madikizela Mandela was held at the Mount Nelson Hotel in Cape Town.

Ramaphosa, who was one of the keynote speakers, complimented Madikizela-Mandela’s beauty and strength, before ending his speech with a recital of Maya Angelou’s poem Still I Rise.

"Mama, thank you for bringing, as you&39;ve always done, for bringing various people together. Even people who may disagree a little bit here or there from time to time. Bringing Patricia de Lille, myself and others in the ANC and Julius and Dali, wow. You are indeed the mother of the nation," said Ramaphosa.

EFF&39;s commissar Advocate Dali Mpofu, who has had ongoing run-ins with Ramaphosa over the Marikana tragedy, was also in the crowd and mingled with the Deputy President.

Winnie&39;s daughter, Zindi said, "I just want to say ma that I can’t even imagine where I would have been without you. You’ve held me up and you&39;ve given me hope when you knew yourself that tomorrow wouldn’t bring anything new, but you made us believe it and because we believed it we saw it."

While Winnie didn&39;t give a long speech but did thank everyone who had attended and made only passing comment to the serious issues in Parliament, telling Julius Malema that she wouldn&39;t discuss anything that would be discussed in Luthuli House, or a reference to Marikana with Ramaphosa in her sights.

"I am not making any speech today, I just want to thank each and every one of you for celebrating this day with me today."

Mandela ended off the formalities in the best way she knew how, shouting, "Amandla!"

Madikizela-Mandela was born on September 26‚ 1936. A tribute concert is being hosted in her honour in Cape Town today.

Gorgeous Nomzamo Mbatha. Apparently the birthday girl is still getting dressed, while we wait WinnieMandela pic.twitter.com/EPyxyjdF3Z

A happy 80th birthday to the mother of our nation, umam&39; WinnieMandela