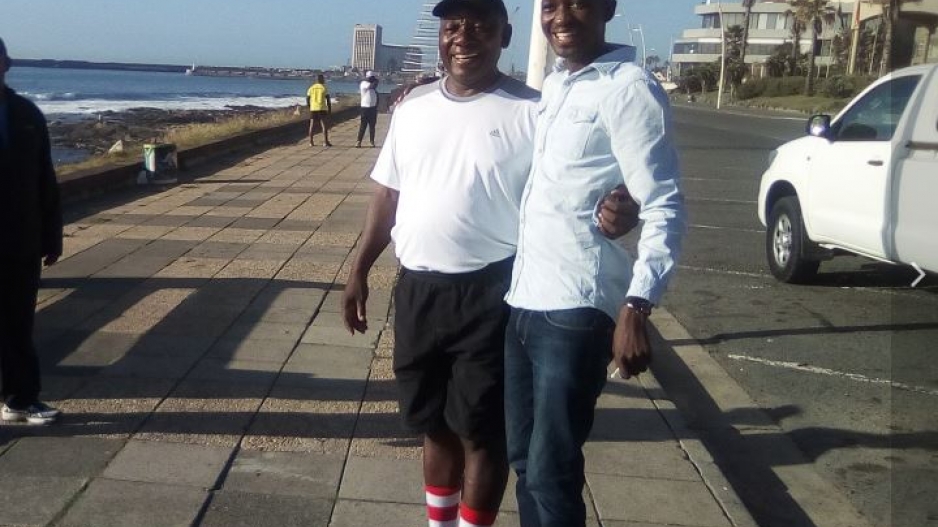 EAST LONDON - ANC President Cyril Ramaphosa was out and about in East London on Wednesday morning.

He was seen walking along the beach ahead of the NEC meeting.

Ramaphosa took selfies with joggers and interacted with fans before going back to his hotel.

I have just seen ANC106 President Ramaphosa taking a morning walk at the East London beachfront, creating some excitement among morning joggers, and he generously took selfies with them. I also joined in the fun. @eNCA pic.twitter.com/fmHfdA82ms

ANC106 President Ramaphosa tells this excited local resident at the East London beachfront, who just couldnt believe seeing him in shorts jogging this morning, that he is working on his belly so that it doesn&39;t reach the levels of the new ANC Chairperson, Mantashe lol @eNCA pic.twitter.com/4hFIQlC1lS

And if you&39;re wondering about the socks...

The red and white striped socks were sold to raise funds for the Ronald McDonald House Charities.