WATCH: Ramaphosa won't respond on his private life any more 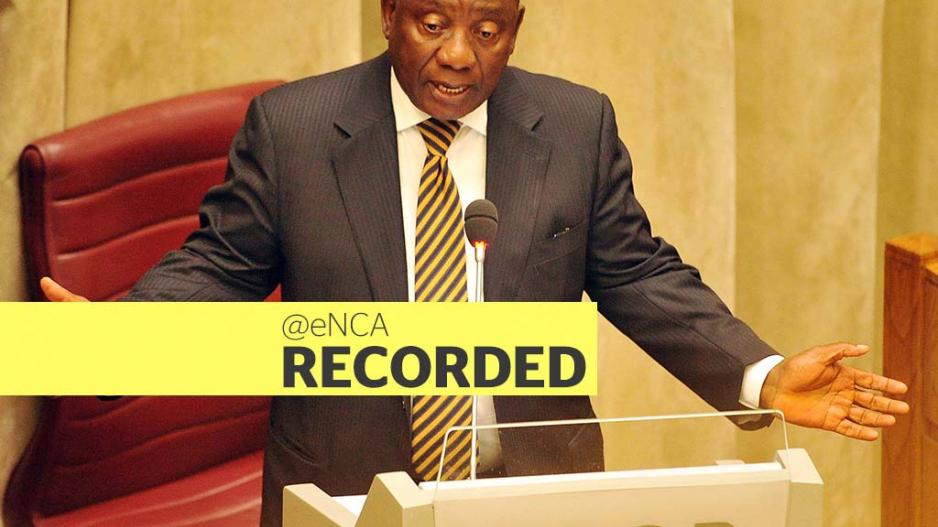 Deputy President Ramaphosa answers questions in the National Council of Provinces. Questions to him include corruption at SA National Aids Council, SAA bail out and the Presidential review of SOEs.

JOHANNESBURG - Deputy President, Cyril Ramaphosa says he's been told by structures of the ANC to not respond to media reports on his private life and rather concentrate on his work.

The deputy president was answering questions in the National Council of Provinces (NCOP) in Parliament Wednesday afternoon.

Ramaphosa says media allegations of infidelity is a private matter for which he is taking responsibility.

He says he'll continue with his work as chair of the South African National AIDS Council (Sanec).

The EFF asked him about his private life, and how it affects his work.

Regarding the 10 billion rand bailout for SAA,Ramaphosa says Treasury will foot the bill.

The national carrier is more than 6 billion rand in debt.

“Any funds being considered will have to be considered through the special appropriations bill, which will in part assist the airlines working capital and repay some of the maturing debt," said Ramaphosa.

Ramaphosa says he understands the criticism leveled against government bailing out struggling SOEs, but that these enterprises are integral to the country's development agenda.

"The support we are extending to them is to strengthen them. And at times it means strengthening their balance sheet. At times they are in difficulties. In our view they are too big to fail."

On state capture investigations, Ramaphosa says institutions like the Hawks, and Special Investigating Unit must be allowed to do its work, and those who are found to be guilty of wrongdoing should be brought to book without fear or favour.