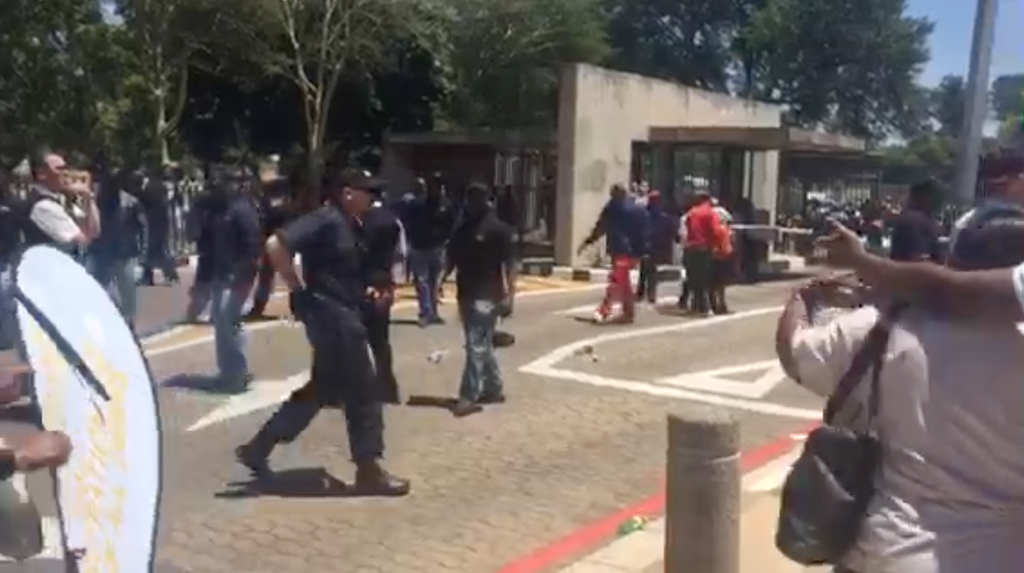 A standoff between private security, protesting workers and students at the University of Johannesburg Kingsway campus' main gate.

* This is a developing story. Further updates will be published as the information becomes available

JOHANNESBURG - Private security and a group of protesting workers and students at the University of Johannesburg&39;s Kingsway campus have clashed at the entrance of the main gate.

Security used pepper spray in an attempt to disperse protestors who had gathered there.

Entrances to the university have been closed and some protesters are trying to get other demonstrators who are shut outside, inside the campus.

Some 200 cleaning staff have been protesting since Monday demanding an end to outsourcing.

A number of students have joined protest in solidarity.

Litter remains strewn around campus and non protesting students have been seen going about their business as normal.

Parking for students and staff at the university is full.

Protestors are gathered in front of Madibeng administration building.