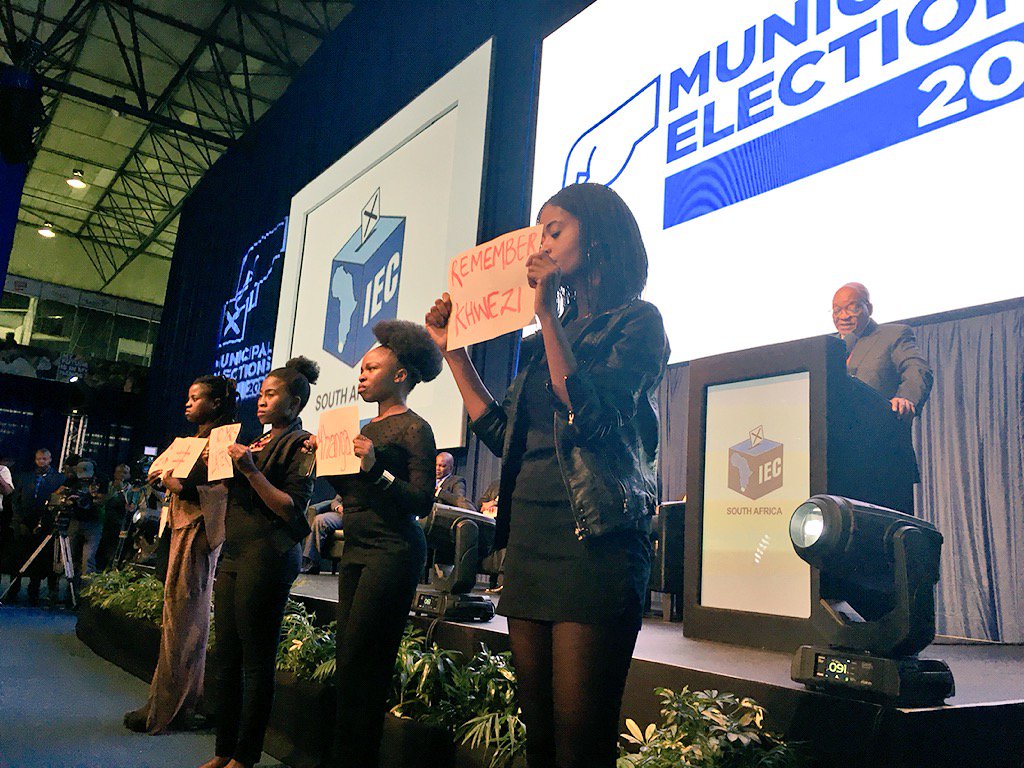 A young woman was pushed and shoved by bodyguards while President Jacob Zuma was speaking at the Independent Electoral Commission results centre in Pretoria.

JOHANNESBURG – Unexpected protests drew attention on Saturday night when the EFF walked out from the IEC media conference before President Jacob Zuma spoke, while a group of four women held a placard protest.

The four were staging a silent protest with placards that read &39;Remember Khwezi&39; and &39;Khanga&39;.

One of the protestors involved told eNCA a little later that it had been a spur of the moment decision to stage the demonstration.

(VIDEO) The moment the RememberKhwezi protesters stood up during the speech by President Zuma. ElectionResults pic.twitter.com/LLPltx2xj2

As soon as Zuma was done speaking, bodyguards snatched the papers from them and pushed them out of the venue.

IEC Vice Chairperson Terry Tselane then took to the podium to apologise for the "disruption" during Zuma&39;s speech.  At the same time, loud noises could be heard in the background, with some saying it even sounded like someone was crying loudly.

ANC women outraged, Zulu says &39;The head of state of any country would not be treated this way&39; @eNCA LocalElections pic.twitter.com/50jdLR2aA2

The IEC declared the 2016 Local Government elections free and fair.

The commission said votes in  the City of Johannesburg would be announced later in the evening.

The votes stood at 97 percent with the ANC leading with 44 percent while the Democratic Alliance stood at 38 percent.