WATCH: SuperSport can't confirm tension between analysts, but Twitter can 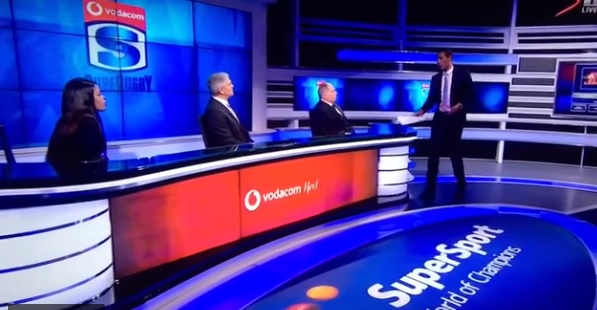 SuperSport rugby analyst and former Springbok, Ashwin Willemse walked off the set during a live show on Saturday evening. Willemse accused his colleagues Nick Mallett and Naas Botha on air of undermining him.

JOHANNESBURG - SuperSport on Sunday said it could not confirm whether Nick Mallet and Naas Botha will be suspended after an incident with Ashwin Willemse.

The former Springbok turned analyst walked off the set during a live show on Saturday evening.

Willemse accused colleagues Mallett and Botha of undermining him while on air.

The sports channel says it will conduct a full investigation and interviews will be conducted with all relevant individuals.

However, Twitter users have pointed out that the tension between the three analysts has clearly been a long-standing issue.

Meanwhile, Sports and Recreation Minister Toko Xasa on Sunday condemned what she described as the continued behaviour of white entitlement in rugby.

The ANC in the Western Cape added its voice, saying: "We know Ashwin as a strong man who against all odds, pulled himself by the bootstraps out of poverty and out of a written fate for many of the young people who come from his neighbourhoods."

The party went on to say: "As the ANC, we believe that Ashwin&39;s public walkout is a result of what many black people experience in offices and boardrooms across the country, where being black is a constant source of being undermined, doubted, spoken down upon, and largely made to feel outside various social cliques and cores within the same working environment."