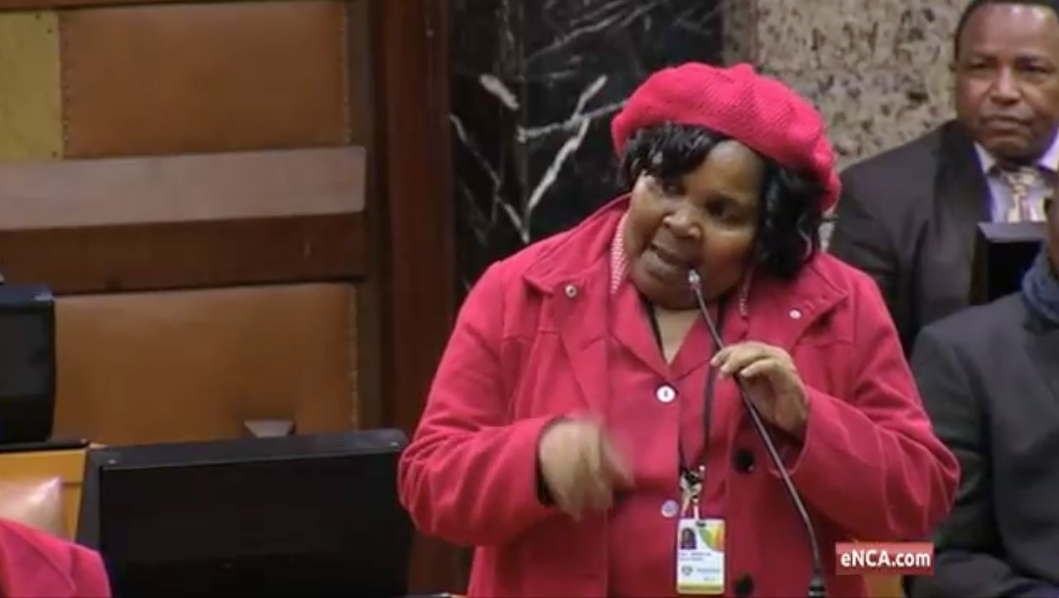 CAPE TOWN - Thursday’s parliamentary session has been suspended by Speaker Baleka Mbete after tempers flared once again.
President Jacob Zuma stood up to answer his first question when he was but was interrupted by an Economic Freedom Fighters (EFF) member of parliament (MP) Makoti Khawula.
Baleka asked the president to take a seat as the MP stood up to address the House, asking the speaker when the president will answer the question from the party of when he will "pay back the money" regarding upgrades for his private home in Nkandla.
Khawula was referring to recommendations made by Public Protector Thuli Madonsela in her Nkandla report that the president pay for non-security features, including the swimming pool and amphitheatre.
The Speaker asked the MP to sit down.
But EFF spokesman Mbuyiseni Ndlozi stood up on a point of order which the speaker did not allow, saying the business of the day was for the president to answer questions provided to him.
“The president has rendered our parliament useless. The president doesn’t take parliament seriously. The president comes here and makes a mockery of our questions and he is let go.
"We have come back again and we have no guarantee that you are not going to make a mockery of the Nkandla question,” said Ndlozi.
It was from there that the house descended into chaos as MPs spoke over one another and the speaker attempted to restore order.

Mbuyiseni Ndlozi says the President is turning Parliament into a @Trevornoah Show.

Julius Malema up now. Now having a shouting match with Stone Sizani! "You don&39;t tell me to sit down! There&39;s nothing special about you!"

Baleka Mbete wants to suspend proceedings while the Chief Whips meet in the Secretary&39;s Office.