WATCH: Key policy issues to come out of ANC54 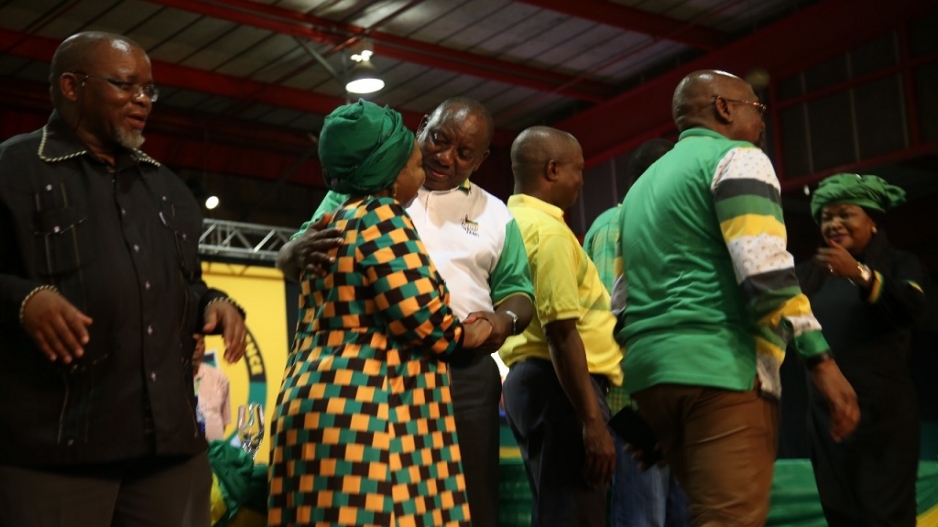 ANC President Cyril Ramaphosa after he hugged Nkosazana Dlamini-Zuma, who was his main contender for the position of ANC President, at the 54th ANC elective conference at Nasrec on 18 December 2017.

JOHANNESBURG – While most will remember the African National Congress (ANC)&39;s 54th elective conference for the election of Cyril Ramaphosa as the new party president, a number of policy issues also featured at the conference.

Ramaphosa won the leadership battle, but the policy battle was won by NDZ17 at this ANC54 . LandExpropriation, ReserveBank and FreeEducation were definitely the NDZ battle cries & they won them all. Now CR17 has to implement. It&39;s beautiful: straight from SunTzu.

Outgoing ANC NEC member Fikile Mbalula, a stanch supporter of Nkosazana Dlamini-Zuma for the presidency, said the party must play a bigger role in the emancipation of women and youth.

She says Finance Minister Malusi Gigaba will also address the issue in his budget speech.

The ANC says it will impose an age limit on the Youth League, saying gone are the days it has 37-year-old members.

The ANC received a proposal to establish a council to deal with corruption.

According to Mbalula, a council of elders, consisting of eminent ANC leaders and former leaders, will advise and engage the party on challenges facing the movement, ANC credibility issues, including state capture.

With Ramaphosa elected as party president and Jacob Zuma still president of the country, the ANC faces a dilemma - two centres of power.

Who actually calls the shots between the Union Buildings and Luthuli House?