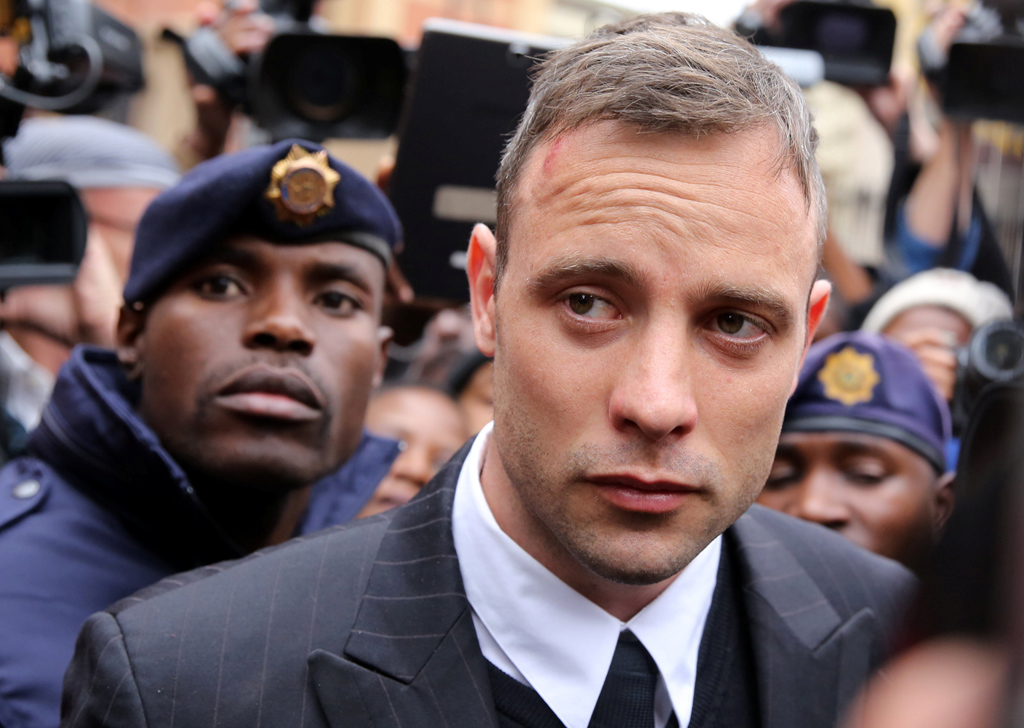 Former Paralympian Oscar Pistorius is escorted by police officers as leaves after the second day of his sentencing for the murder of his girlfriend Reeva Steenkamp, at Pretoria High Court, South Africa June 14, 2016.

JOHANNESBURG - In Oscar Pistorius: The Interview, the former Paralympian speaks to investigative journalist, Mark Williams-Thomas, in his first television interview about the night he shot and killed his girlfriend, Reeva Steenkamp on Valentine&39;s Day 2013.

In the programme, Pistorius speaks as he prepares to return to jail having been convicted of murder after his original conviction of culpable homicide was overturned by South Africa&39;s Supreme Court.

Pistorius is interviewed at his uncle&39;s home, where he is living while awaiting sentencing, which is expected to be delivered on Wednesday 6 July.

In the documentary, Pistorius gives his account of what happened the night he killed his girlfriend and is questioned about key details of the prosecution case which resulted in his conviction. He also talks about his relationship with Reeva, the allegations of his previous abusive behaviour towards her and and his previous use of firearms.

The Steenkamp family were asked to take part in this programme, but declined.