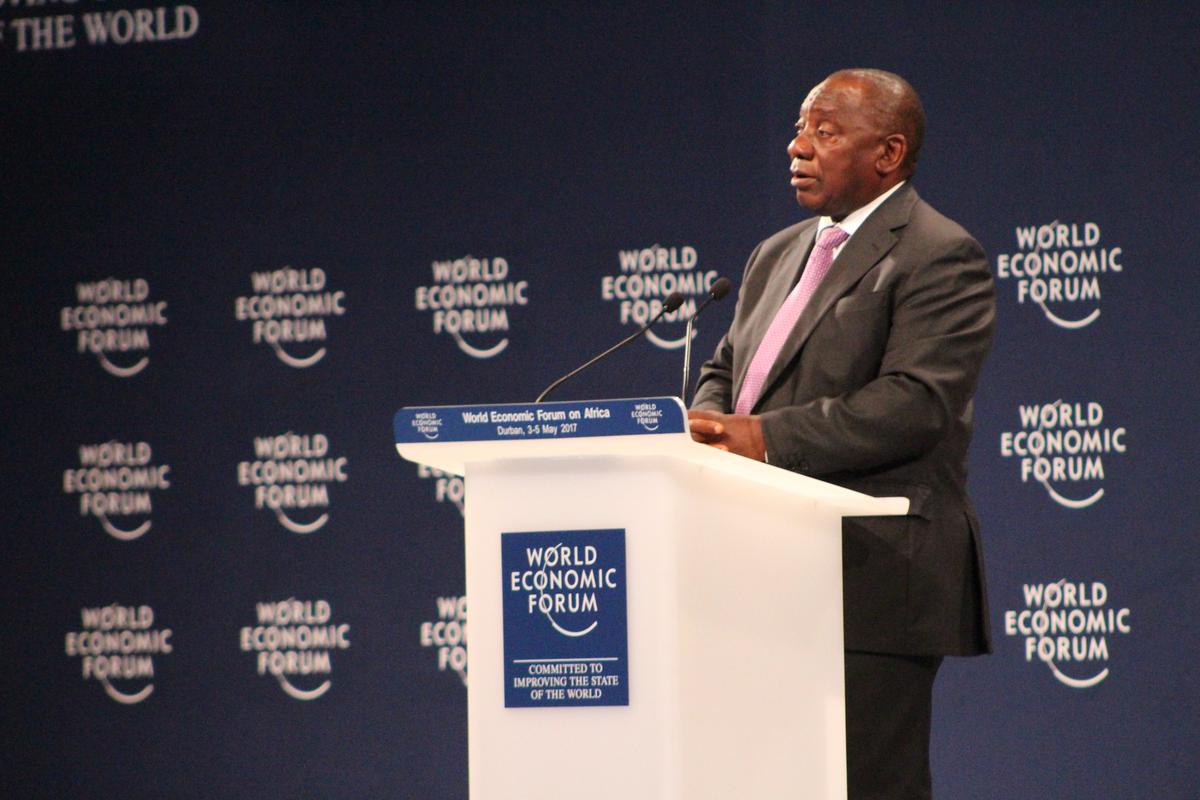 On Friday, Ramaphosa was speaking to a contingent of local and international journalists at the close of the World Economic Forum on Africa in Durban. During the impromptu session, Ramaphosa was flooded with questions regarding the African National Congress (ANC) leadership race ahead of the ruling party’s decisive December elective conference.

He responded: “The issue of leadership in the ANC is a matter that is going to be determined by the branches of the ANC. Those branches are going to have their say in December. So watch this space, wait until December, and the members of the ANC will say who they want to be their leader.”

The ruling party will, in December, hold a watershed elective conference which some analysts believe will be a two-horse race between Ramaphosa and former African Union Commission chairperson Nkosazana Dlamini-Zuma, who is the former wife of current ANC and country President Jacob Zuma.

Ramaphosa addressed media after delivering his closing remarks at the 27th World Economic Forum on Africa.