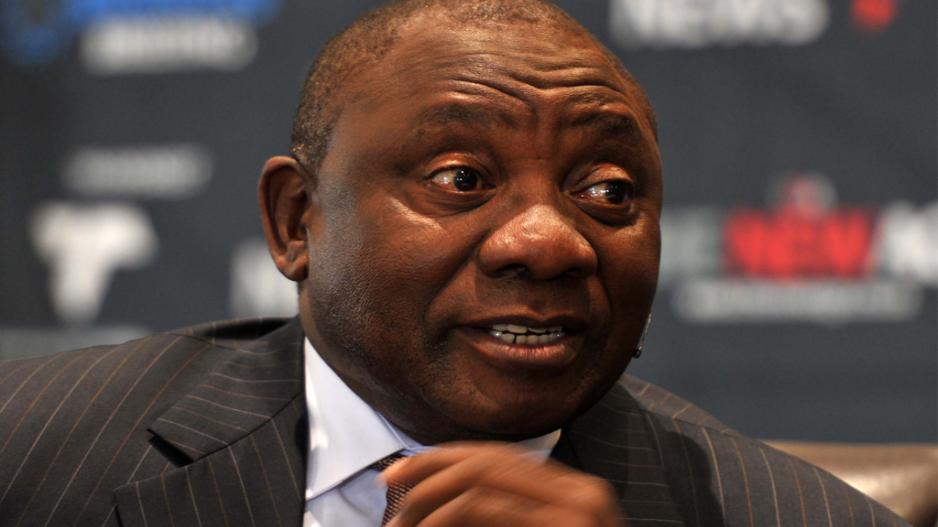 File: Sanco have stated that they trust the experience and capabilities that Cyril Ramaphosa has in the presidential office and he can benefit their movement and the society at large.

JOHANNESBURG - The interests of South Africans must come before the interests of a single individual, Deputy President Cyril Ramaphosa said on CNN when asked about the departure of President Jacob Zuma.

In an interview with Christiane Amanpour on Thursday night, Ramaphosa said South Africa was in a transitional period.

Will embattled South African President Zuma remain in office through next year, until his term ends? The man who just replaced him as head of the ANC Party, @CyrilRamaphosa, says “we’re looking at a variety of options.” https://t.co/O9sndcHC6G

Amanpour asked Ramaphosa whether he, an ANC insider, was the right person to turn the government and the country around.

The new president of South Africa’s ANC Party, @CyrilRamaphosa, pledges that his crackdown on corruption will not be “a flash in the pan.” They will “go deep into the roots of this corruption,” he says, “because it has been all pervasive.” https://t.co/whA7yLyfRG

Africa is humanity’s origin and Pres Trump should “respect” his origins, the new head of South Africa’s @MYANC – Mandela&39;s party – tells me. @CyrilRamaphosa says “we want the US to engage with the world, with other countries, with due regard, with respect – particularly Africa.”

Ramaphosa -- elected as Zuma&39;s successor as president of the ANC in December -- spent the past few days selling the country and its investment opportunities to world and business leaders at the World Economic Forum in Davos, Switzerland.