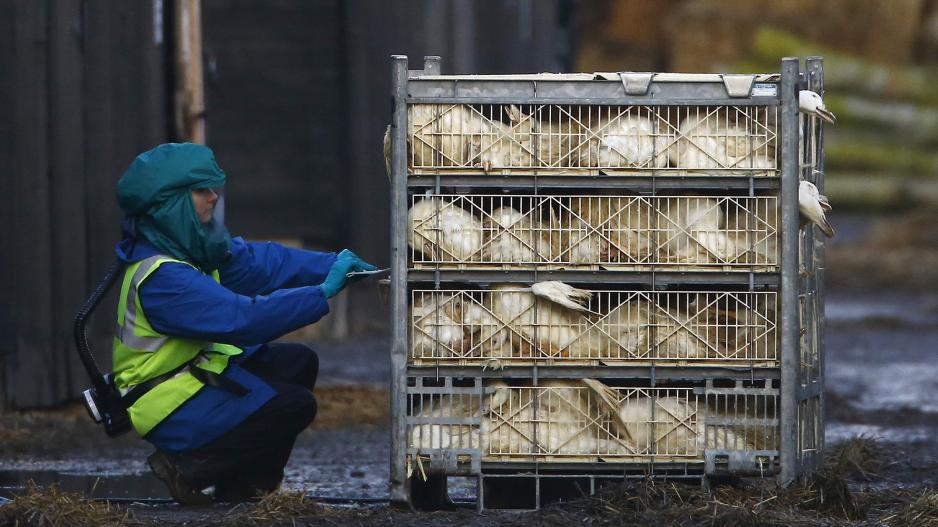 An official inspects a crate of ducks during a cull at a duck farm in Nafferton, northern England November 18, 2014.

JOHANNESBURG - We've seen the outbreak of avian flu in the headlines - but don't rush to google any suspicious health symptoms just yet.

While bird flu is an avian virus in the same family as the flu you might have suffered from this winter, this particular strand - the H5N8 avian virus - causing disease in birds in South Africa has not been documented to spread to humans.

However this specific strand of bird flu is particularly pathogenic, spreads qickly and can halt production of chicken and poultry in agriculture.

There have been cases of bird flu being transmitted to humans but experts are quick to assure South Africans.

Earlier today South African Poultry Association CEO, Kevin Lovell told Dan Moyane that the H5N8 has come from Europe where they had thousands of breakouts of the disease and it was shown not to have human health concerns. He also said that South African poultry is thoroughly checked before it hits the supermarket shelves.