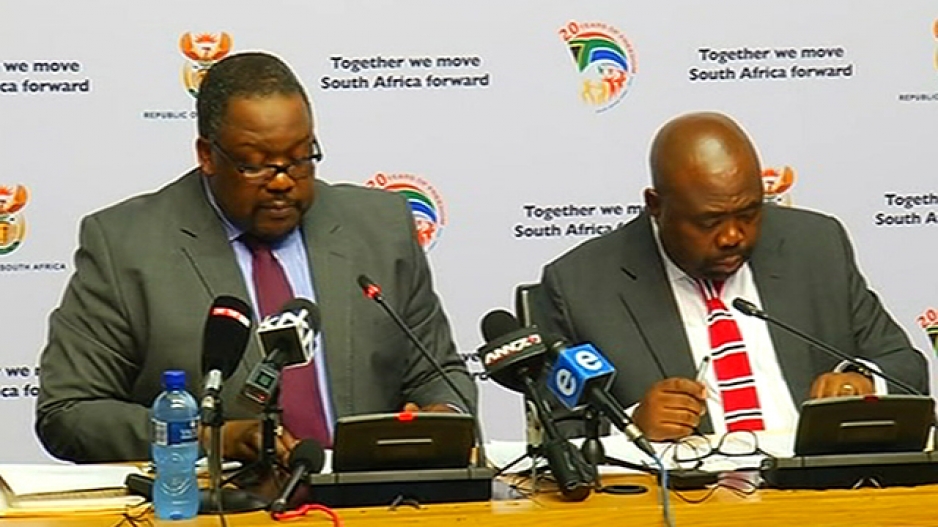 At a media briefing to present his Nkandla report (*see full report below), the minister said “accordingly, the State President is therefore not liable to pay for any of these security features.”

Last year Public Protector Thuli Madonsela -- in her Nkandla report  -- found that some features “went beyond what was reasonably required for Zuma&39;s security” these being the swimming pool, visitor&39;s centre, cattle kraal and amphitheatre.

But in Nhleko’s 50-page report, the minister found that:

·         The fire-pool and/or swimming pool is a strategic asset useful in firefighting and therefore, is a security feature. Watch the demonstration video below played during the press briefing.

·         The animal enclosure -- which is made of chicken run, kraal and culvert -- keeps livestock away from the security infrastructure. Therefore these features complement the Perimeter Intruder Detection System (PIDS), MDB Technology and are security imperatives for fence technology to work. As such it is a security feature. Watch the demonstration video below played during the press briefing.

·         The soil retention wall and/or amphitheatre have a clear security purpose as an Emergency Assembly point for the family and homestead dwellers. Soil retaining walls are critical to holding soil and substrate, thereby reinforcing the soil bank carrying the inner road surface. This area is therefore a necessary security feature. Watch the demonstration video below played during the press briefing.

·         A Visitors&39; Centre, required to cater for the president’s distinguished guests’ meetings and local constituency meetings. During such meetings, privacy and confidentiality are necessary. There are protocols, physical and information security imperatives that should be observed in hosting such meetings. Therefore the centre is a security feature.

And despite security upgrades with a price tag of more than R250-million, the minister said there is more work that needs to be effected on the president’s private home.

“The outstanding security related work at Nkandla should be funded and completed expeditiously, inclusing the re-evaluation of the current physical security measures,” said Nhleko.

Report by Minister of Police to Parliament on Security Upgrades at the Nkandla Private Residence of the Pre...