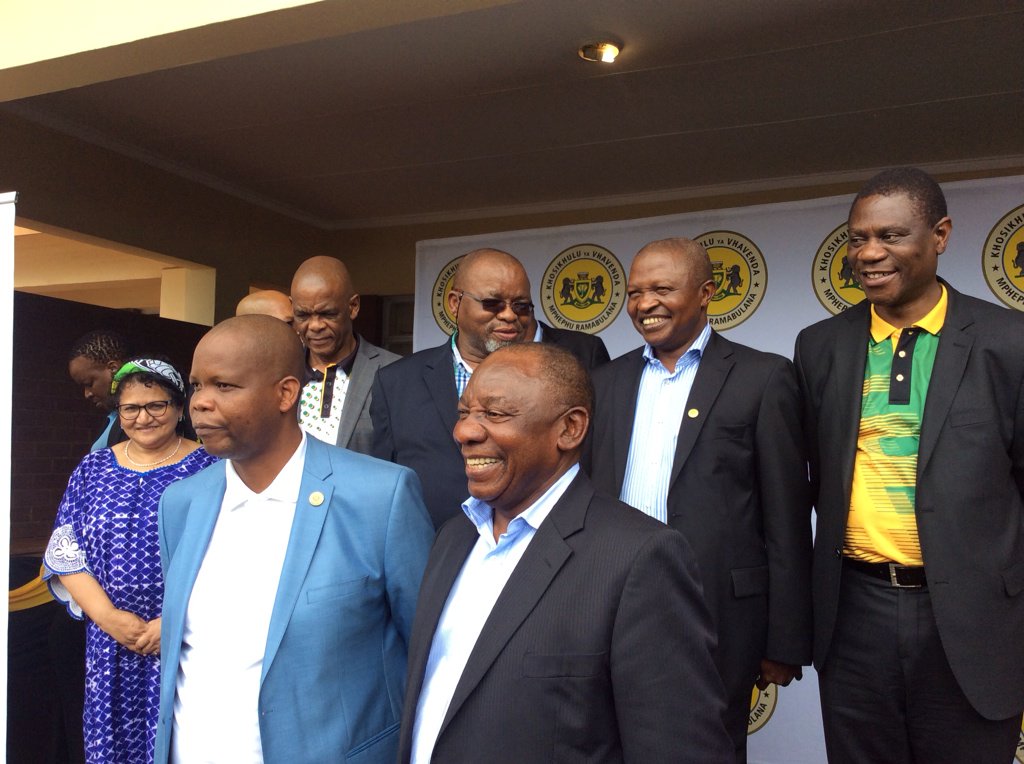 The ANC's top six met with Limpopo traditional leaders, including the king of the BaVenda Toni Mphephu Ramabulana.

JOHANNESBURG - President Jacob Zuma will be the one to deliver the State of the Nation Address (SONA) on Thursday, insisted ANC Secretary-General Ace Magashule on Saturday.

The party&39;s top six were in Limpopo to meet with traditional leaders, while also preparing to meet with President Jacob Zuma on Sunday.

Pressure remains on Zuma to step down, though reports suggest he is resisting doing so voluntarily.

Opposition parties have called for ANC leader and Deputy President Cyril Ramaphosa to replace Zuma, in time to deliver SONA.

Yet another motion of no confidence in Zuma is scheduled to be debated in Parliament on February 22. Zuma is reportedly resisting pressure for him to step down voluntarily.

eNCA reporter Samkele Maseko was in Limpopo for the meeting with the traditional leaders, including the king of the BaVenda Toni Mphephu Ramabulana.

"They are saying as the ANC top six it would be ideal to deal with it before he faces a vote of no confidence. Zuma agreed to meet the top six before the end of the weekend... not at Luthuli House... The ANC top six have held them at president Zuma&39;s guesthouse."

Today, the ANC&39;s top six are visiting the BaVenda King in Limpopo. Reporter @samkelemaseko is there with more. Courtesy DStv403 pic.twitter.com/O2w4LZSDx4

The meeting with Limpopo traditional leaders forms part of Ramaphosa&39;s campaign to reconnect with them on important issues. Ramaphosa already met with leaders in the Eastern Cape and KwaZulu-Natal.

Ramaphosa said the meeting with Ramabulana included important decisions on the economy, land, health and infrastructure.

The ANC president said the party is already in campaign mode for the 2019 general election.

Ramaphosa We are already in campaign mode. We are gearing up the ANC for the next elections. We want to win overwhelmingly ANCinLimpopo

Ramaphosa We are coming back to meet our people to listen to their issues as the ANC goes on to solve their problems. ANCinLimpopo