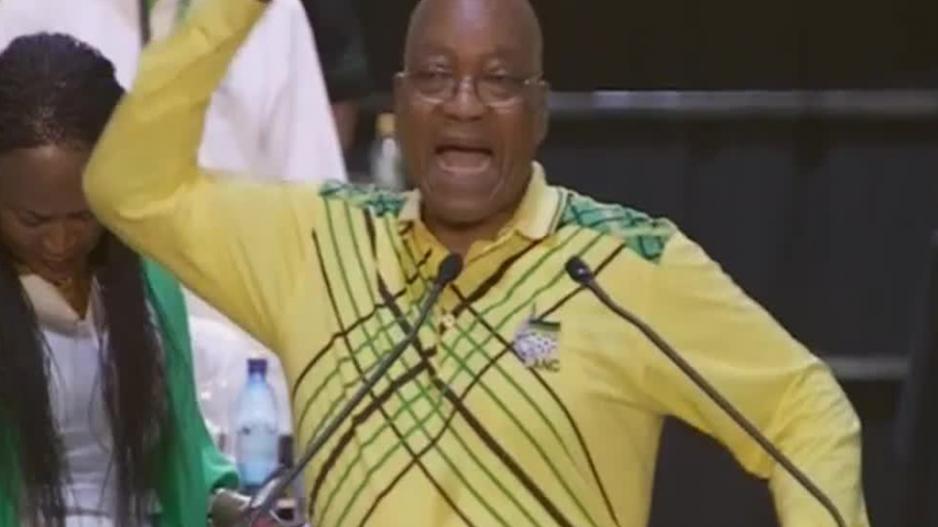 JOHANNESBURG, 16 December 2017- President Jacob Zuma delivered his political report at the ANCs 54th elective conference in Nasrec and ended on a high note. ?

JOHANNESBURG - President Jacob Zuma is preparing to exit the top post of the African National Congress (ANC) and worked in a final song and dance to mark the occasion.

The new party leader and the rest of the top six will be elected on Sunday, with Cyril Ramaphosa and Nkosazana Dlamini-Zuma seen as the frontrunners in the party&39;s succession race.

Zuma, known for his singing, ended off with his signature song and dance.

In August, Zuma joined in a song praising Dlamini-Zuma, adding his voice to his ex-wife&39;s bid to succeed him.

Hundreds of attendees in Galeshewe, Kimberley, sang loudly, “We are ready for Nkosazana”, endorsing her campaign ahead of the ANC&39;s elective conference.

On Saturday, delegates at the conference were in good spirits and fine singing form, despite several hours of delays.

Numerous calls by the party&39;s top officials for delegates not to sing factional songs seem to have fallen on deaf ears as delegates inside the plenary hall cleared their lungs to make it clear who they support.

In 2016, Zuma had the crowd on its feet at the ANC Siyanqoba rally when he showcased his dancing skills in the middle of the pitch.

He took some time out to &39;dab&39;, a dance move made famous by hip hop artists in which the dancer simultaneously drops the head while raising an arm and the elbow in a gesture that has been noted to resemble sneezing.